The keynote speaker, Elizabeth Burton, chief investment officer for the Employees’ Retirement System of the State of Hawaii, talked enthusiastically about the “importance of innovation” and encouraged listeners to defy the limitations of their fields. 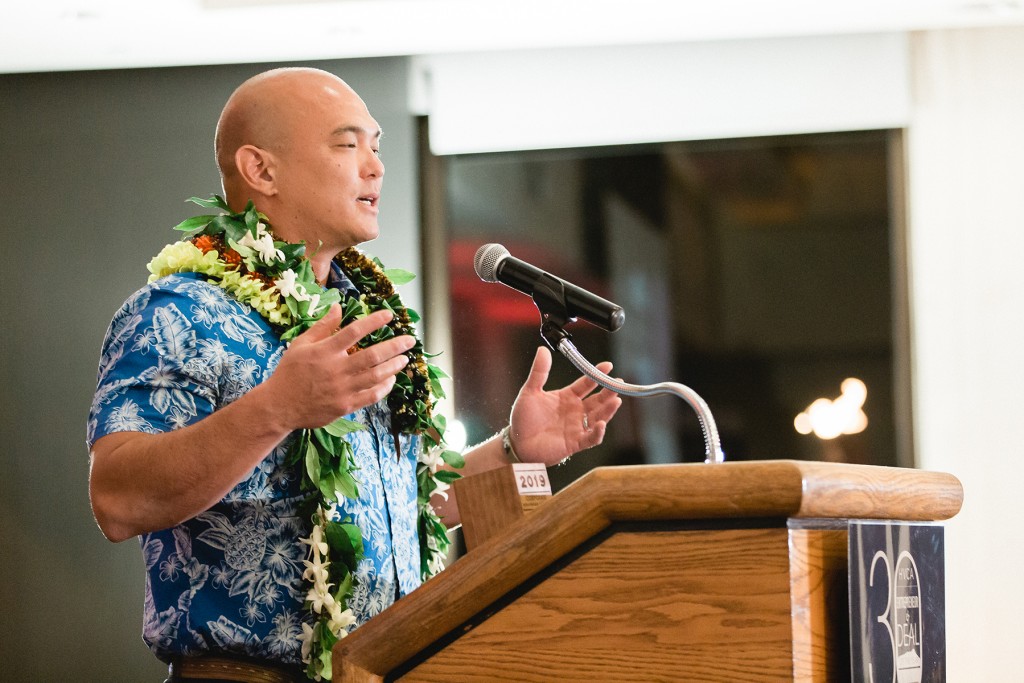 The emotional highlight of the night came when Josiah Akau of Kinai Eha was named Social Impact Entrepreneur of the Year, and he was joined on stage by about a dozen young men who had been helped by his nonprofit. Kinai Eha renovates homes to make them accessible for the physically challenged while providing training in construction trades and personal development for youth in need of second chances. Several of the young men explained that they had come from difficult circumstances or made bad decisions, yet the program “made it possible to be anything and everything,” according to one young man who identified himself as Koa.

Brynn Foster won Island Innovator of the Year for Voyaging Foods, a company creates flour and baked goods out of the traditional Hawaiian crops of taro, sweet potato and breadfruit.

Steve Haumschild of Lanikai Brewing Co. was named Entrepreneur of the Year, Flowater won Deal of the Year for a huge new infusion of capital that it earned in 2018, and the three founders of Blue Startups – Henk Rogers, Maya Rogers and Chenoa Farnsworth – won as Investor of the Year.

To learn more about all 28 people or companies that were winners or finalists, go to this report that appeared in the March issue of Hawaii Business Magazine.