Toyota Hawaiʻi is bringing an all-new vlog series to YouTube - Hybrid Kine Tingz, a six-part series that launched on October 31, 2022.

Toyota Hawaiʻi is bringing an all-new vlog series to YouTube – Hybrid Kine Tingz, a six-part series that launched on October 31, 2022. Join the adventures of Toyota Hawaiʻi Ambassadors chef Mark Noguchi (aka Gooch) and comedian Zavier Cummings (aka Howsdisguy). All episodes will explore Hawaiʻi in a different Toyota Hybrid.

Mark was born and raised in Mānoa Valley. He credits hula’s strict regimen, attention to detail, and deep sense of integrity, with discovering his passion for building community through food.

Zavier was a small-town Kauaʻi native from Kapaʻa. As a kid, he was always the class clown. After one of his sketches became popular on social media, he took the leap to pursue comedy. You may recognize some of his characters, including “Sistah Moki” and alter ego, “Braddah Z”. 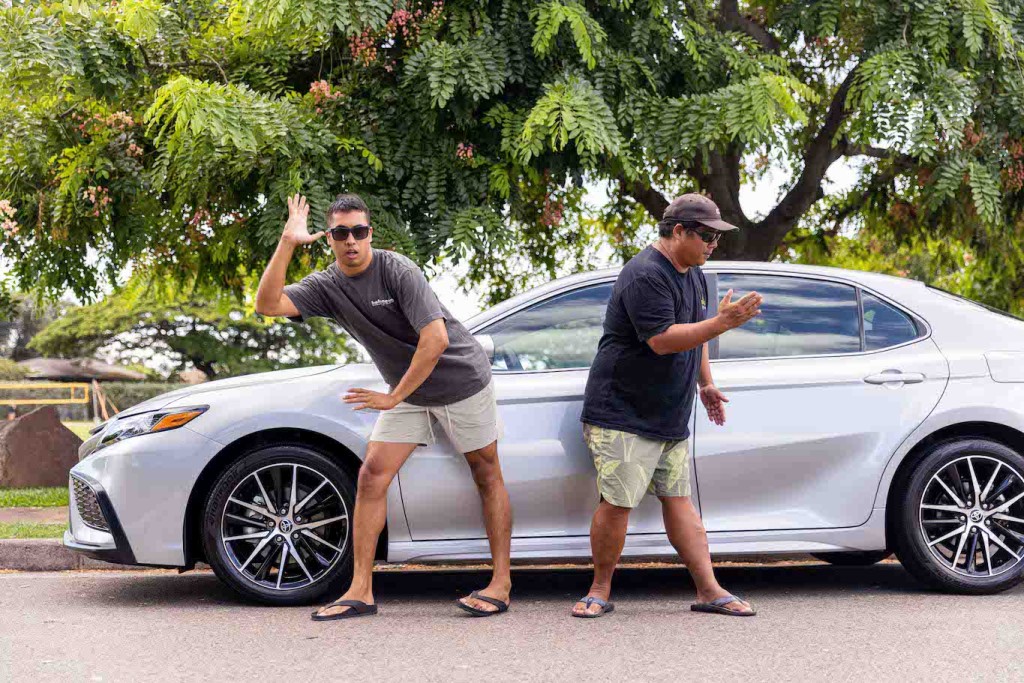 Together, they make the perfect combo, like lau lau and lomi salmon or beef stew and rice. Hilarity ensues when these two personalities from different worlds come together, and their lives intertwine. Each episode will keep viewers on their toes as the pair take on new challenges while creating new memories.

Each episode in the series will also feature a Toyota Hybrid. As the next generation of Toyota, with over 10 different models, the hybrid lineup continues to grow with an impressive balance of efficiency and power. Discover the Toyota hybrid vehicle for you, whether it be a truck, SUV, or sedan, at toyotahawaii.com/hybrid.