Growing up, Wesley Park aspired to be ordinary. He ended up being extraordinary.

When he was 4 years old, Park was stricken with polio. The debilitating disease affected his upper body, rendering his limbs and neck useless at times. Throughout childhood and adulthood, Park, who didn’t want any special consideration, kept his illness a secret from even his closest friends.

“I just wanted to be average, but I had to struggle to be average. For me, being ordinary was a great thing,” says Park, a businessman and former educator. “I got stronger and stronger as I grew up. I remember trying to hold my head up high. People must have thought I was cocky, because I would walk around with my head tilted up.”

His quiet battle through illness, along with a rough-and-tumble upbringing in several urban Honolulu neighborhoods, made Park a graduate (with honors) of the school of hard knocks.

In 2004, Park sat down with a notebook and wrote a collection of pithy, local-style aphorisms — a combination of Aristotle, Yogi Berra and Rap Reiplinger — that guided Park through his serendipitous and successful careers as a military police officer, college dean and CEO. In December 2004, Watermark Publishing, a sister company of Hawaii Business, released Lessons Learned on the Corner in Kalihi, a book of Park’s tidbits of life and management advice. The book, which was reprinted last May, became one of Watermark’s bestselling titles.

“Like a lot of people, I tend to go off course from time to time, so I kept a lot of these rules in the back of my mind,” says Park. “Today, there are so many distractions, especially for kids, with all those electronics and computers. It’s easy to forget what’s really important in life.”

Hawaii Business spoke with several of the Islands’ business leaders who have read and continue to refer to Lessons Learned for advice. We asked them to share their favorite “Park-ism.” We also asked them about their own personal “street corners,” the places where they learned their own life lessons. 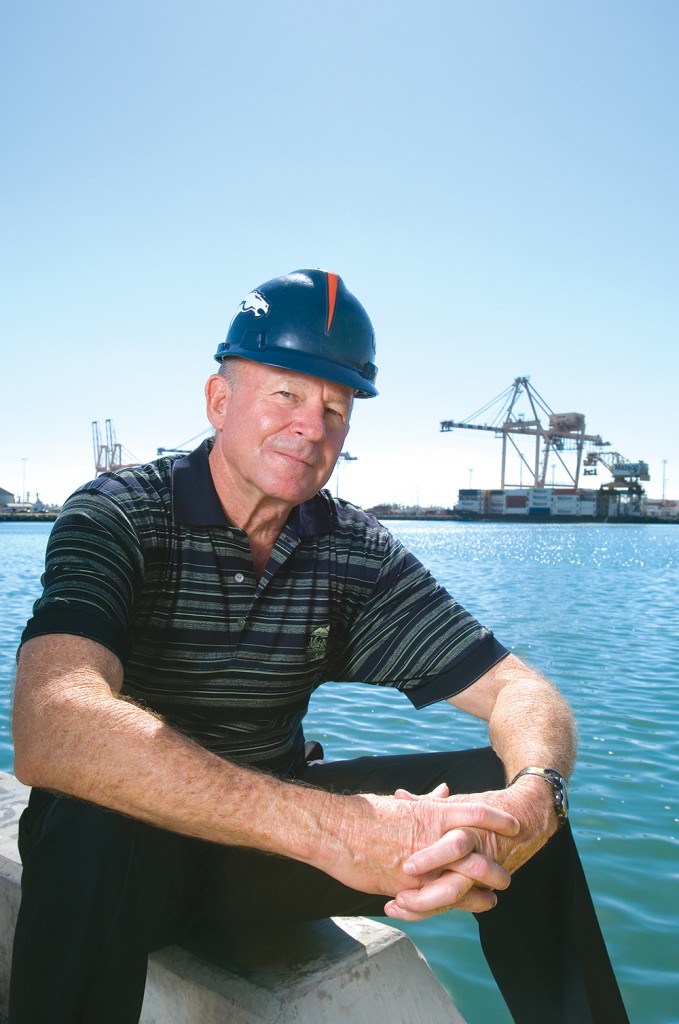 When you’re down, pick yourself up.

When you’re high, don’t let yourself get carried away.
(Page 13)

For two years, Guard worked as a stevedore on the docks of Honolulu Harbor, loading and unloading cargo from ships. It was the mid-1950s, an era right before containerization, so cargo was packed in individual boxes on individual palettes. In other words, it was very hard work.When he was 17, Tim Guard went to work at the shipping and stevedoring firm McCabe, Hamilton & Renny to earn some money to pay for college. Not only did he earn enough money for tuition, he got an education.

Guard’s father had worked at the firm since 1913, but nothing could have prepared the young Guard, a Punahou graduate, for the backbreaking work and the spine-stiffening discipline that the job required. “When the whistle blew at 7 a.m., you’d better be ready with a good attitude or the supervisor would tell you, ‘Eh, go home, we don’t need you today,'” says Guard. “Back then the hours were a lot longer and the pay a whole lot less. But the industry had a genuine Hawaiian soul. There was a core honesty that transcended age and race and other things that are divisive in society. We worked until the job was done. There was no substitute for quality and professional effort.”

Guard went to the University of Southern California, then did a stint in the U.S. Navy in Vietnam, before returning to Hawaii to work for Dillingham Corp. and later starting an executive search business of his own. In 1984, McCabe, Hamilton & Renny’s board of directors asked Guard to head the firm, and he returned to his old stomping grounds shortly thereafter.

“You’re faced with divergent courses when you’re going up. You either do the right thing or you do the wrong thing,” says Guard. “I was lucky enough to have some very special Hawaiian supervisors, who took me under their wings and showed me the ropes and taught me lessons that will last a lifetime. I couldn’t have grown up in a better environment.” 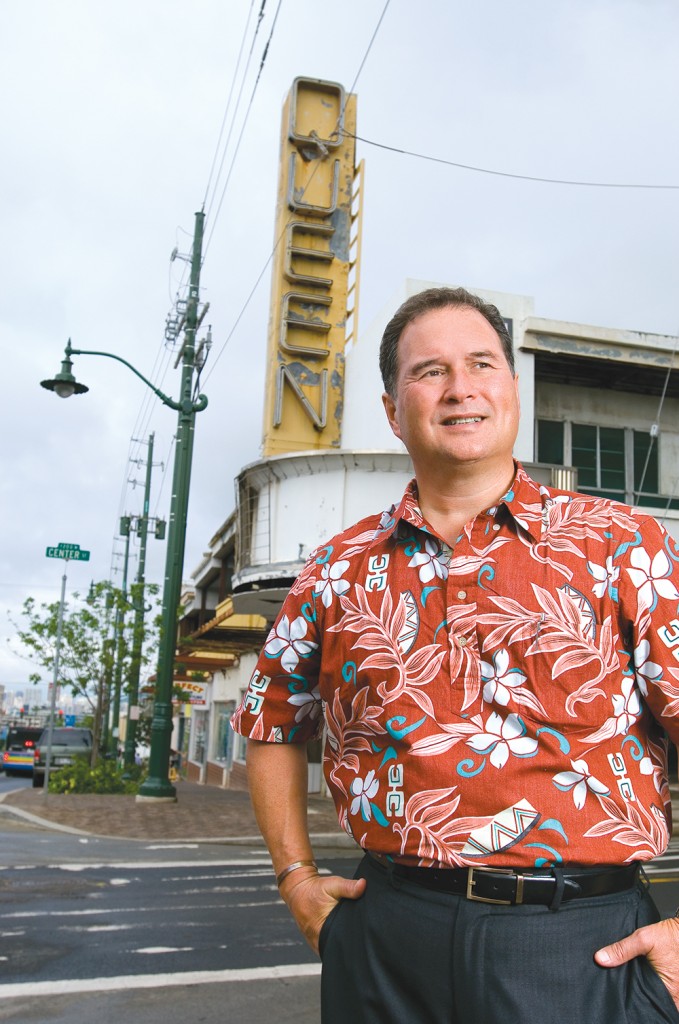 Never invest with someone who is wearing alligator shoes.
(Page 21)

Never buy anything from a salesman with greasy hair and a thin mustache.
(Page 51)

The boys, students at Kaimuki Intermediate, did have an occasional fist fight with guys from rival Jarrett Intermediate in nearby Palolo Valley. They also carried small chains under their signature trench coats, but those were accessories, not weapons.Mike Irish used to belong to a street gang. But it’s not what you think. He grew up in Kaimuki in the early ’60s, so the gang was basically a group of guys who hung out on the street, specifically 12th Avenue, in front of Kaimuki Bowl.

“We’d wear the chains around our wrists to let everyone know we were in a gang. But when we would fight, we would drop them. It wasn’t manly. If you lost, you lost,” says Irish. “When we got home we’d hide our stuff in our clothes drawers. God forbid if our parents ever found out.”

Irish says hanging out with his multicultural and largely nonviolent fellow gang members taught him a lot about tolerance and understanding. The group was bound by neighborhoods and shared experiences, not by ethnic sameness and shared fear.

“We were a mixed bunch. Japanese, Chinese, hapa, Hawaiian,” says the hapa haole Irish. “We just got along, and we went to each other’s house, so we appreciated other people’s culture, food and music. It was being local.” 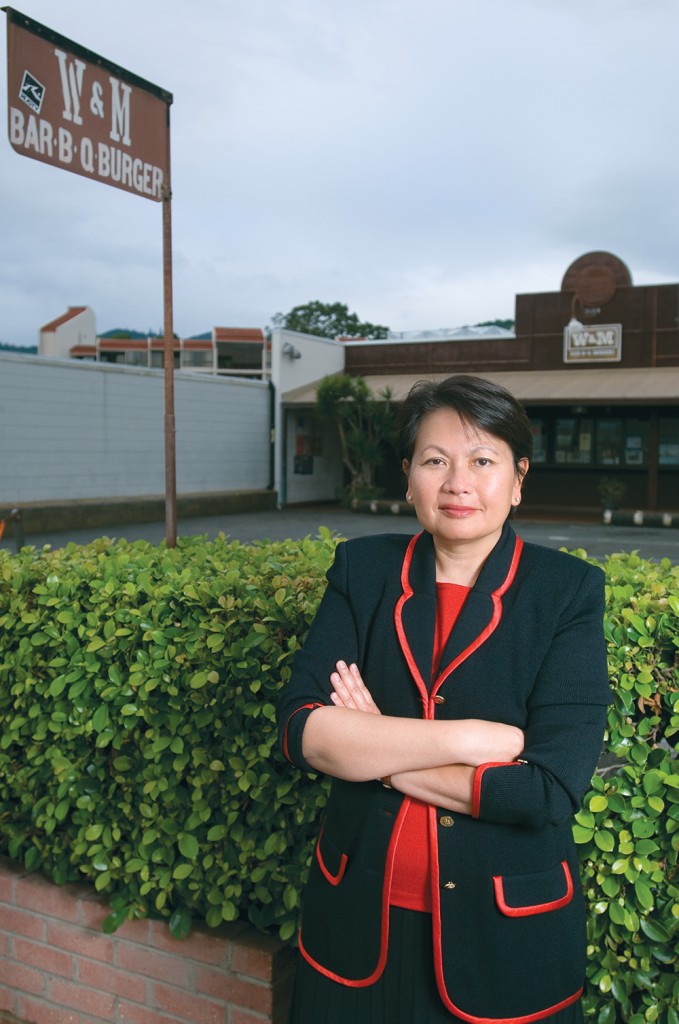 Know where you want to go.

Make Plan A, Plan B and Plan C.

Have discipline to do what you have to do to get the job done.
(Page 11)

“Everything was there — the elementary school, Japanese school, the public library and the movie theaters. It was a pretty small orbit,” says Tanoue. “Looking back, there was such a sense of community and safety. Kaimuki was a wonderful town, a wonderful community.”Donna Tanoue went to grade school at Kaimuki’s Aliiolani Elementary and lived in nearby Palolo Valley. The family business, a saimin stand and delicatessen, stood in the middle of Kaimuki town, along Waialae Avenue. For years, nearly everything in the young schoolgirl’s life was a short bike ride or walk away. This childhood universe may have been small, but it was rich. Tanoue and her brother spent countless hours playing in and around St. Louis stream, wandering the neighborhood or riding their bikes.

Tanoue, Bank of Hawaii vice chair, would travel far from the comfy confines of Kaimuki, attending Georgetown University Law Center and returning home to eventually become the state of Hawaii’s commissioner for financial institutions. She returned to Washington, D.C., to be chairman of the Federal Deposit Insurance Corp., from 1998 to 2001.

However, you can take the girl out of Kaimuki, but you can’t take Kaimuki out of the girl. Tanoue says that her small-town upbringing gave her a deep appreciation for the bonds and hard work that tie a vibrant community together.

“Growing up in a family business in a small town, you understand the challenges and rigors that small-business owners face. You also appreciate the power of these small communities and the people who grow from them,” says Tanoue. “That’s very important in business, because there are lots of Kaimukis throughout the Islands, with each having its own microcosm within its own community.” 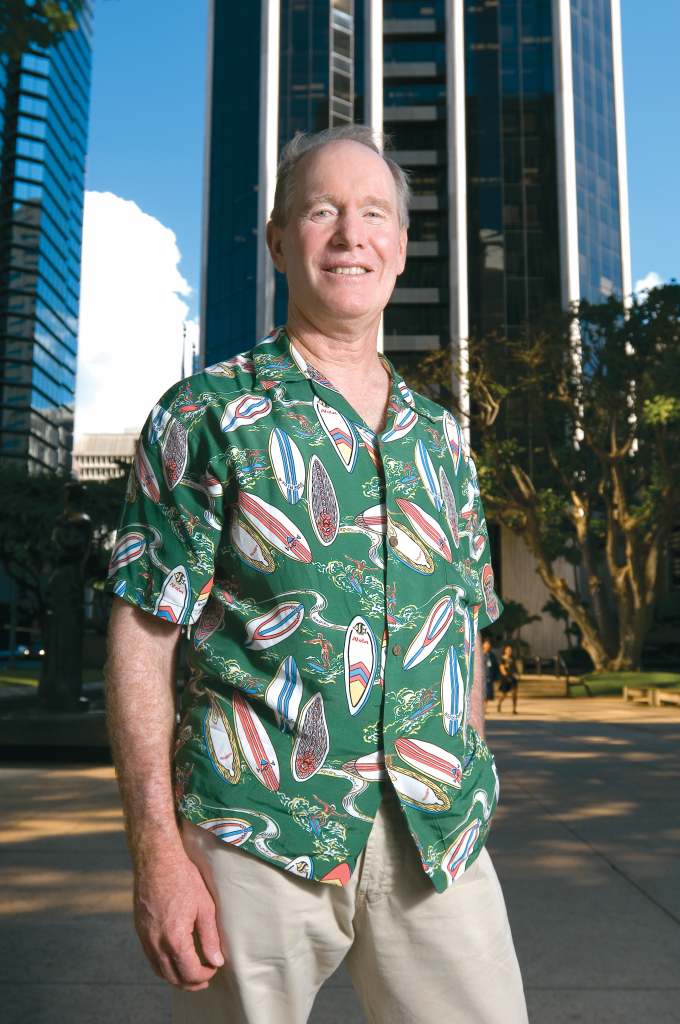 Love your children unconditionally. Let them know that you love them even when you’re not happy with their actions.
(Page 73)

“Growing up, I was fairly connected to my parents and I didn’t wander very far off. I also went to Punahou, so I was pretty well insulated from the outside world,” says MacNaughton. “Waimea was a rough-and-tumble town back then, and we were constantly interfacing with the community, which was really fantastic. I mixed in a lot more with the local culture there than I had in Honolulu.”Duncan MacNaughton grew up in Hawaii, but it wasn’t until he was sent away to the Big Island’s Hawaii Preparatory Academy at age 11 that he had a Hawaiian upbringing.

When MacNaughton arrived at Hawaii Prep in 1956, the now-exclusive private school was still finding its footing. The school’s facilities were Spartan, mostly World War II-era barracks. Its teachers were mostly newly minted college professors. MacNaughton’s community “interfacing” often involved spirited battles on the athletic field with kids from the other Big Island schools. There was also the occasional off-campus run-in with the local kids.

“One night, shortly after I got there, we were walking through the forest after an event at campus when we ran into a group of local kids,” says MacNaughton. “We tried to negotiate our way out, which mainly involved dodging, weaving and running. That was an eye opener. That was classic.” 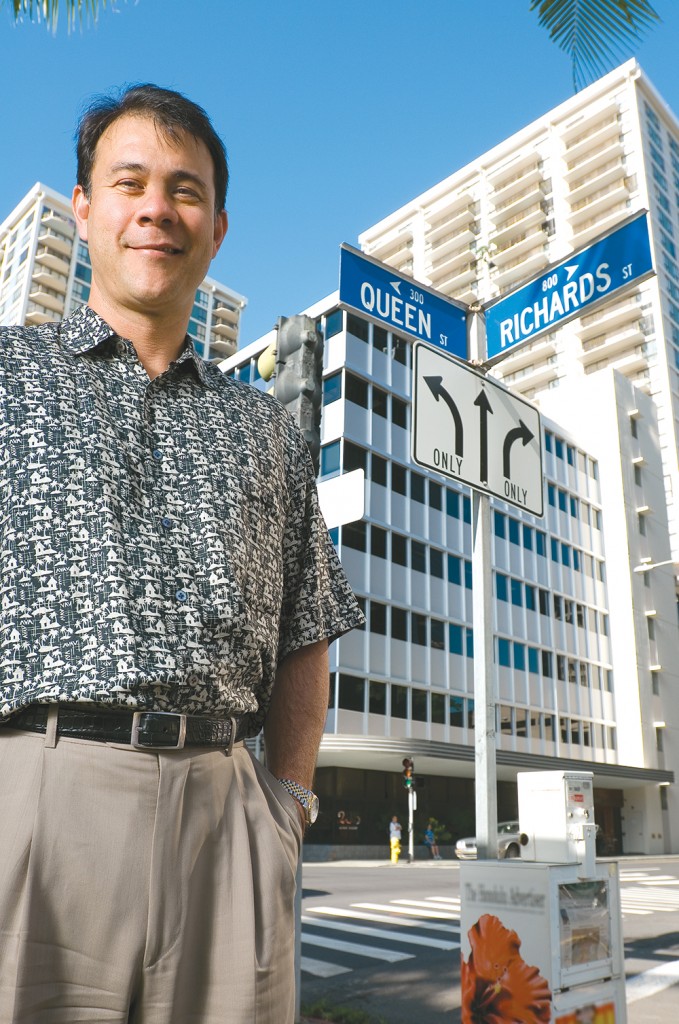 Every individual can beat you at something. That is one of the reasons you should never feel superior and look down your nose at anyone.
(Page 133)

“With graduation approaching, I was thinking about going to law school and becoming an attorney,” says Sexton. “But at the shop, I saw all the documents that attorneys create and that wasn’t what I wanted to do. I guess there’s a reason for all those lawyer jokes.”Glenn Sexton has had many neighborhood street corners in his life. That’s because the general manager of Xerox Hawaii has had many neighborhoods in his life. A military brat, Sexton went to 14 different schools in 13 years. His last school was the University of Hawaii, where he majored in English. A year before graduation, he got a job in a downtown Honolulu copy shop on Queen Street.

What Sexton did enjoy about his job was working with his shop’s Xerox sales representatives, who were out and about in the community, interacting with human beings, not just machines. It seemed like a fun and exciting job.

Sexton applied for a job at Xerox near the end of his final semester. He graduated on a Friday and started his new job the following Monday.

“I was a customer of the company that I work for. It’s a unique perspective that not many people have the opportunity to enjoy,” says Sexton. “I’ve never forgotten that.”