Negotiate Your Way to a Better Job (and a better life)

It’s a workday morning late in the week and attorney Ellen Carson is at her home computer, in her pajamas, working on affidavits. She’s been at it for three hours — since 6 a.m. — but by 9 she’s able to take a break and putter in the garden. Or head to Chinatown and saunter through one of her favorite neighborhoods shopping for fresh vegetables.

It works for her, it also works for Alston Hunt Floyd & Ing, the family-friendly law firm that was happy to have Carson work on a flexible schedule, including one day a week from home, after she was diagnosed with melanoma 15 years ago.

“Most stress comes from the sense of being out of control,” she says, “and this gives me a sense of control. If anything, I became more productive, but in a way that was better for me.”

Carson really didn’t have to negotiate for what she needed, since the firm’s philosophy is to support its people. But she recommends that if one needs to bargain with a boss or even a spouse for a lifestyle change, there are steps to follow.

In this two-car, two-career, two-kid world of ours, the art of negotiation is part of what makes life work. For women, especially, developing well-honed negotiation skills, applicable either at home or in the office, can make the difference between life in the doldrums or “la dolce vita.”

Successful negotiators say that, before you knock on the boss’ door, much needs to happen, whether you’re looking for better pay, more flexible hours, a day off for school, the chance to work at home, or any number of other options that enhance life.

“A lot of people suffer from the Christopher Columbus syndrome,” says attorney Peter Adler, a top Hawaii mediator who now heads a national and international mediation group based in Colorado called the Keystone Center. 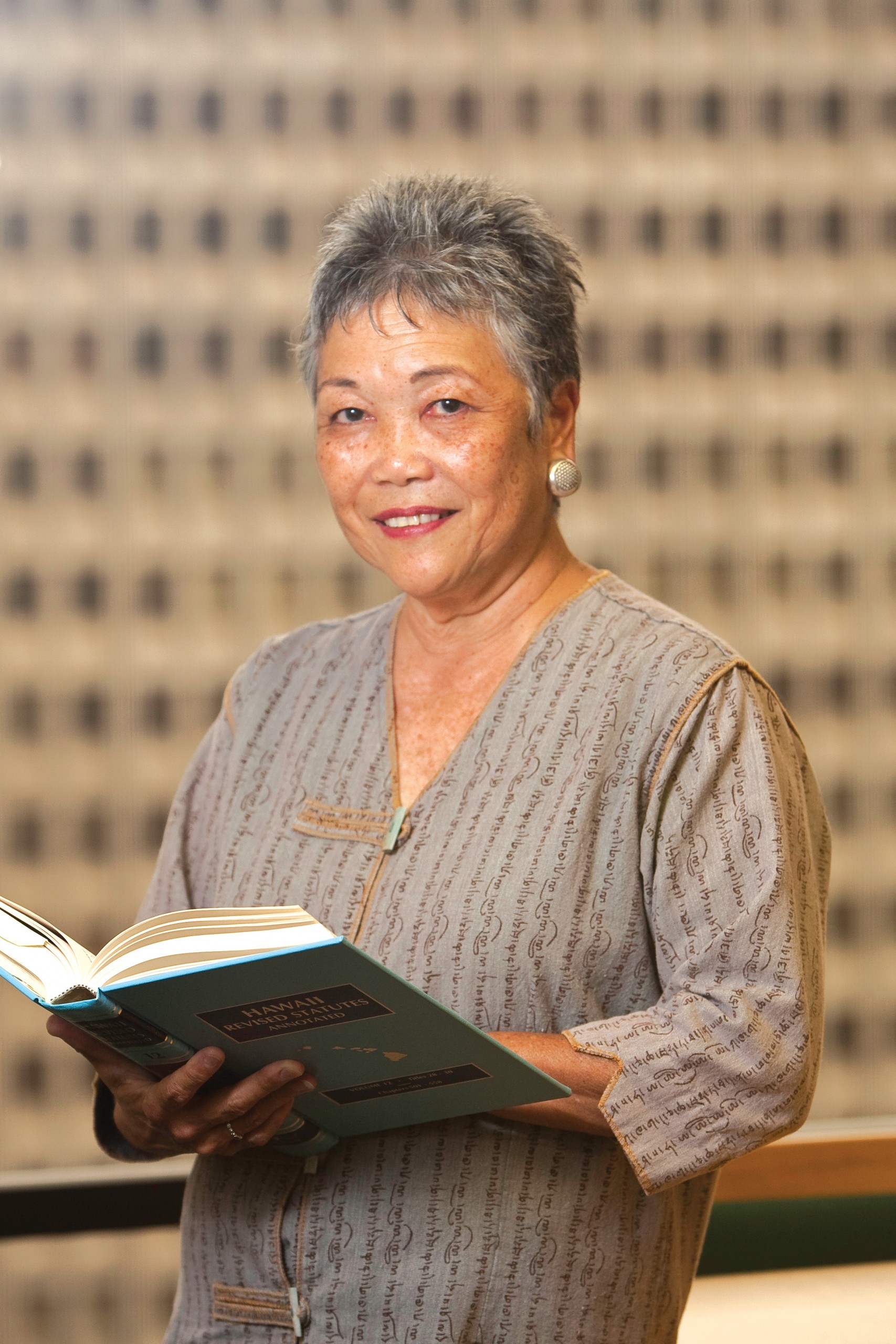 Any successful negotiation starts by doing your homework; preparing well; and understanding what you really want while also understanding what the other person wants. It also means being realistic, coming up with options you can accept, and tamping down the “I want” or “me first” scenario in favor of working out something that’s good for both.

“Talk from the standpoint of results — what is the ultimate benefit for all — and work backward to how you get those results.

“Don’t go into the discussion saying, ‘What I want …’ That’s a turn-off. You look like you’re selfishly motivated. Instead, you might say, ‘I’m thinking about going to school because it will help me perform better. What do you think?’ You want the other person to buy into the process, and be ready to help you succeed. In your own way you’re ‘selling’ the idea as a benefit to the other person.”

“Understand your interests, but also your counterpart’s. You need to start off not just thinking about yourself but about the other person.”

“Think about your ideal outcome, your realistic target and also your minimum acceptable outcome,” she says. “Understand your interests, but also your counterpart’s. You need to start off not just thinking about yourself but about the other person — what are their interests, their underlying motivation, their point of view, how you can meet their needs and whether there are any things you can do that will benefit them.

“By focusing on points where you and your counterpart agree — zones of agreement — it’s often easier to work through areas where you don’t agree.”

Even if your boss says “no,” don’t give up, advises Kent. That no could be conditional, meaning a range of possibilities including, “Not now” or “Try again in six months.” Ask if you can come back and discuss it again in the future.

Kent also has suggestions for the fine art of negotiating with a spouse or significant other, about picking up children or getting family chores finished. In these cases you can work with trade-offs.

“You can get really creative,” she says. “But, again, it’s important to understand what each one’s interest is so you can meet it, such as not being late, having more flexibility at work, maybe not driving in rush hour. So maybe if you pick up the kids, he will make dinner. Or vice versa. But remember also, in successful negotiations in any relationship, you’re trying to help everyone save face.”

While the art of negotiation may feel mysterious, it doesn’t have to be. “Negotiation underlies everything we do,” says Kent. “But sometimes if you do something a little bit differently, you might be more successful. So we want to pull a situation apart and put it back together differently to enable people to adapt.”

Attorney Tracey Wiltgen, executive director of the Mediation Center of the Pacific, says women sometimes start with a disadvantage simply because of the way they’ve been raised.

“There’s a great book called ‘Women Don’t Ask,’ ” says Wiltgen, “and the premise is that women are not good negotiators. The premise is young boys are promoted more to negotiate than young girls by the activities we do. So the first recommendation I make is to ask. And mostly, as women, we don’t.”

She gives an example: A woman applying for a job and being offered a salary of $60,000 and benefits might typically respond, ‘Wonderful, I’m so excited,’ while a man is more likely to say “What I’d really like is such-and-such. …’

“So the first tool is to not just accept what is offered. You just never know where that can lead. If you don’t ask, they’re certainly not going to offer more.”

Kent puts it another way: Resist the temptation to negotiate against yourself.

“Often we think that they won’t agree to it, so we don’t even bring it up,” says Kent. “You’ve lost before you even start.”

That hasn’t been a problem for Kalei Cadinha-Puaa, president of the investment counseling firm Cadinha & Co., and a mother of three. When she worked out a manageable schedule allowing time to give her best to both business and family, it was all about candor and communication.

“Before you even enter the conversation,” says Cadinha-Puaa, “you have to know what you’re worth to the organization. I knew what I brought to the table, and what the firm would have to do to replace me.”

In preparing a range of possible options, Cadinha-Puaa weighted them in her favor.

“Know what result you want, and come up with a plot to get there. It’s not about demanding. It’s about saying, ‘Hey, did you ever consider this strategy? Would you be willing to meet me halfway and try it?’ ”

“I didn’t give them an option to say ‘no.’ I gave them options that would all work for me and they could choose from that array. That was my tactic. But it was knowing the firm well enough to know what they could and couldn’t live with. And I always asked, ‘What would be best for you?’ ”

In negotiations, Cadinha-Puaa works backward, as Milks suggests. “Know what result you want, and come up with a plot to get there,” she advises. “It’s not about demanding, ‘This is what I want, give it to me.’ It’s about saying, ‘Hey, did you ever consider this strategy? Would you be willing to meet me halfway and try it?’ ”

Veteran negotiators suggest that women’s natural strengths of communication, empathy, and the ability to understand and listen to others, offer advantages. Adler, in fact, has seen women advance in leadership positions based not just on their abilities, but also on their negotiation skills.

“Some of the best women leaders are skilled negotiators,” he says. “They’re good listeners. They’re patient. They listen hard for the interest that lies behind positions. … Hard-ball negotiation works once in awhile, but not a lot.”

“Women tend to focus on the relationship and on emotions and that can work for them if they’re able to read the situation more clearly,” Kopf says. “A lot can be determined by watching the other person’s reactions and understanding their body language.”

American psychologist Albert Mehrabian created a theory that says words communicate 7 percent of our feelings and attitudes to others, tone of voice communicates 38 percent, and body language 55 percent.

“When people see an inconsistent message between the body language and the words, they tend to think the true message is in the body language,” says Kent. “So you have to be very careful — tone of voice, grimaces, eye contact, how close you are — these all matter.”

In using communication skills to their advantage, women should also focus on being flexible and creative.

“It’s being able to ask for what you want, but also explain why it’s important to you,” says Wiltgen. “Your approach is important. If you come across too strong, it may turn them off. But there are different philosophies. If you dance around the issue you may also lose an opportunity.

“It’s about being upfront and straightforward,” she says, “and not using tactics like ‘If I don’t get my way I’m going to stomp out.’ ”

Adler agrees that keeping the process in win-win territory is almost mandatory. That can even include when things aren’t going in your favor.

“I go a long way to keep the doors open,” continues Adler. “Maintaining those relationships is in everyone’s interest. Likely you’ll be negotiating with the same person next time, so keeping options open and not burning bridges is important.”

As Ellen Carson looks back on how much support has come from her workplace, and how its doors have always been open to making her life work, she knows the balance she has found has improved her life on every level, and maybe even helped save it.

These days, she works three days on, four days off — a schedule that gives her time to contribute to church projects, throw dinner parties for her many friends, and take long walks with her husband, Bob Godbey, also an attorney.

“It gives me the energy to do wonderful things and have a sense of control,” she says. “It’s important just to have the time to appreciate life.”

Tips to Negotiating the Life You Want

Peter Adler recommends the book “Getting to Yes: Negotiating Agreement Without Giving In,” by Roger Fisher and William Ury.

He also recommends workshops or courses on negotiation aimed at professionals.