Hen Iolani Palace’s monthly power bill doubled to more than $41,000 last fall, even drastic steps like cutting off the air conditioning in the adjacent barracks couldn’t bring costs back to where they had been just a few months earlier. But something had to be done or similar bills would wreck the palace’s finances.

At the time, oil prices and electricity rates were dropping and the palace even had a power outage for several hours, so the escalating charges didn’t make sense and Hawaiian Electric Co. couldn’t provide an explanation. 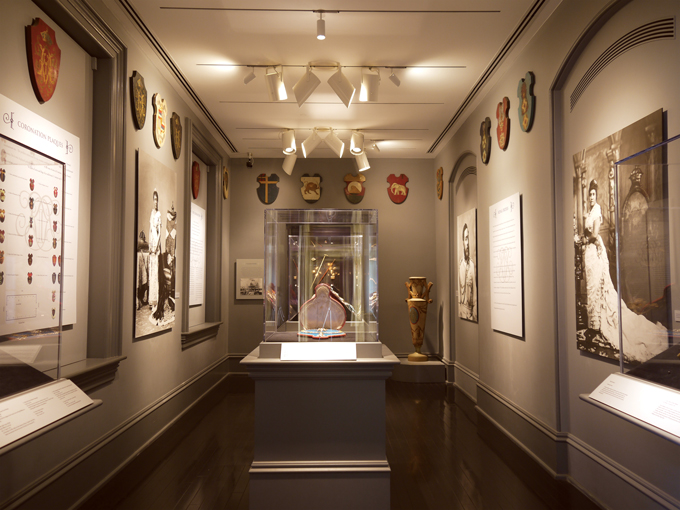 The palace is a showcase for historic artifacts, so reducing the interior lighting is out of the question. However, LED bulbs can replicate the color and intensity of existing lights, while substantially reducing the amount of electricity used. Photo: Courtesy of the Friends of Iolani Palace

More severe measures, such as turning off the A/C in the palace itself would have harmed the artifacts in King David Kalakaua and Queen Liliuokalani’s royal residence. Meanwhile, the palace’s status as a national historic landmark and an important symbol for Hawaiians limits any changes to the building and its interior, so palace officials had to think creatively for energy savings. With help from OpTerra Energy Services, the palace is becoming more energy efficient, and might even generate some power in the future.

Kippen de Alba Chu, executive director of the nonprofit that runs the palace, doesn’t see electricity itself as an obstacle. “It isn’t an indigenous issue on the cultural side because electricity wasn’t indigenous and the king specifically brought it to Hawaii,” de Alba Chu points out. In fact, on Kalakaua’s birthday in 1886, Iolani Palace became the first building in Hawaii to have electric lights, a luxury even the White House wouldn’t have for another five years.

“ At minimum, we should be able to shave at least 10 percent off their energy bill from the get-go.”

Reducing energy use while preserving the landmark’s physical appearance presented a challenge to OpTerra. “Since it’s a historic building, a lot of the solutions we would use for hotels and office buildings wouldn’t necessarily work at the palace,” says Brian Kealoha, OpTerra’s regional manager. “Almost everything we’re looking at is somehow impacted by the unique constraints.”

For instance, the light fixtures can’t be changed because of their historical significance and the right quality of light is needed to showcase and protect palace displays. However, Kealoha says, energy-efficient LED bulbs can replicate the color and intensity of the existing bulbs.

“The lighting is the area where we’re probably making the biggest impact, reducing the costs by about 70 percent,” he says. “They spend maybe about $50,000 a year in lighting. We can cut that down to $15,000.”

Solar panels can’t be put on the palace roof, for aesthetic reasons and because there isn’t enough room. That means the palace won’t be able to produce 100 percent of its energy, even if photovoltaic panels are installed out of sight in the barracks courtyard, which is under consideration. Nevertheless, the palace may be able to put panels at a community solar field to offset some of its energy use, Kealoha says. 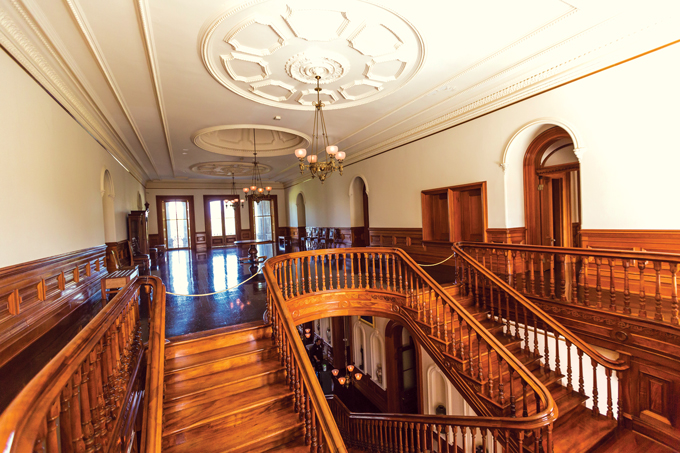 Other energy savings will come from insulating windows and setting controls to minimize energy use when no one is in the building. “The more you can hardwire into those controls so that they’re not left to human control, the better,” he says. “We’re making sure the space is usable and comfortable to the occupant.” 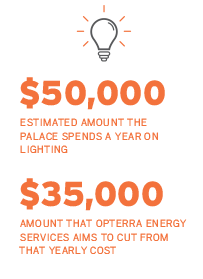 OpTerra is also looking at everything that uses electricity to determine if they are running efficiently and if equipment upgrades could save money over time.

“At minimum, we should be able to shave at least 10 percent off their energy bill from the get-go. Some of the other things will have a bit longer lead time,” says Kealoha. The palace will start saving about $2,000 a month right off the bat.

The upgrades should be completed next summer and the palace will remain open while the work is underway. When it’s done, de Alba Chu says, “We would like the palace to be a model for other historic sites in how they can approach energy efficiency and retrofitting.”

Kealoha, who is part-Hawaiian, sees the project as a way to give back to his community and he’s inspired by Kalakaua’s forward thinking when it comes to electricity. “To be part of a project that I feel is taking his vision to that next level as things evolve, to be in the forefront, is kind of a dream project for me,” he says.