Celebrating those who make Hawai'i a better place. 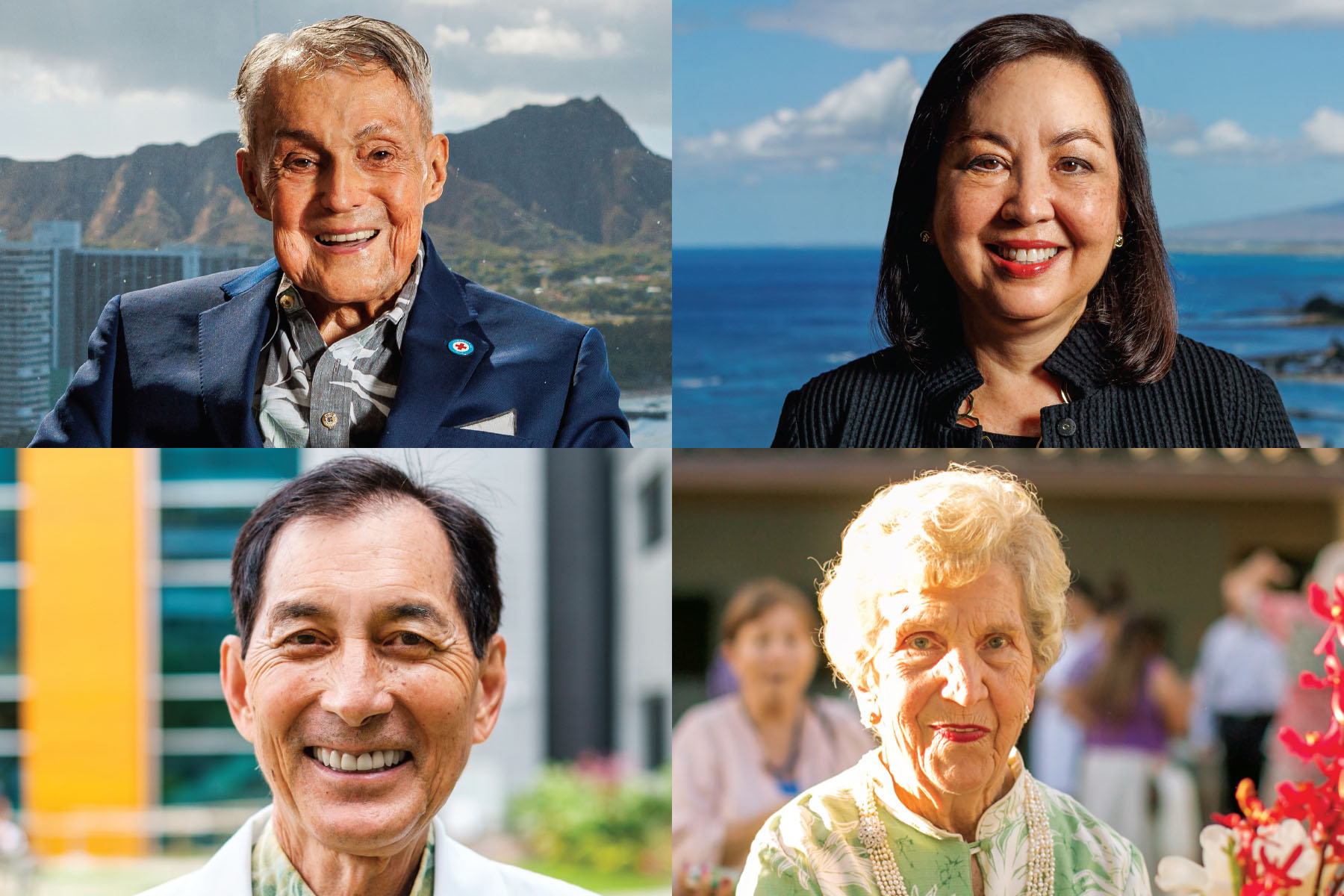 It truly takes a village to make a better community. And those devoted individuals on the front lines who partner generous donors with a passion, and community members in need, is what the Association of Fundraising Professionals (AFP) is all about. 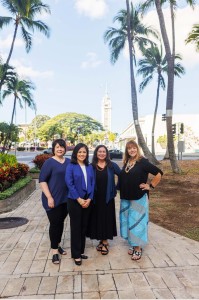 Founded in Hawai‘i in 1983, the AFP Aloha Chapter is comprised of those mainly involved in nonprofit development, nonprofit management and fundraising consulting. The AFP is a chapter of the international organization Association of Fundraising Professionals, with members on O‘ahu, Maui County, Kaua‘i, and Hawai‘i Island.

Annually, the AFP Aloha Chapter celebrates the community’s inspiring and committed fundraisers on the frontlines, along with leaders in philanthropy who give not only their funding, but their time and talent as well, to make Hawai‘i thrive. Everyone can make a difference, whether with money, time, or talent.

This year, the Chapter is delighted to welcome these outstanding awardees to a distinguished group of community leaders making a difference:

You might say that giving back to the community comes as naturally to Dr. Thomas Kosasa as, well, delivering the more than 10,000 babies that he has over his career. 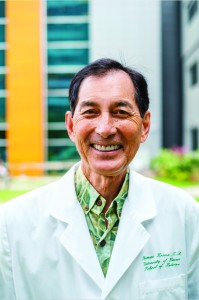 Dr. Kosasa is one of the leading experts of infertility in the country and has dedicated his life to creating and caring for families. Regarding talk of his generosity, however, he says he would rather “stay on the sidelines.” But generously giving of his time and resources he does, “whenever they ask. Giving back is important, especially when it comes to children and education.”

Local communities have benefited through his donation of computers for children with cancer, the development of local gymnasiums at schools, creating scholarships for students, even giving his time and resources to the Hawai‘i Humane Society.

Dr. Kosasa also serves as secretary of the Hawai‘i Medical Association, sits on the Kapi‘olani Health Foundation board and is one of Kapi‘olani Medical Center for Women & Children’s leading donors.

Dr. Kosasa and his wife, Mi, have also been instrumental in supporting Kapi‘olani’s Pediatric Heart Center, which will be the first and only such center in Hawai‘i. They also support the Sex Abuse Treatment Center at Kapi‘olani, that provides comprehensive services for survivors of sexual assault.

At the University of Hawai‘i John A. Burns School of Medicine, Dr. Kosasa has created professorships and endowments and makes time to impart knowledge of his specialty to students, residents, and fellows.

“Tom’s philanthropic giving makes an enormous impact on thoughtful initiatives that are critical to serving our community’s needs. I can’t think of anyone more deserving of this recognition,” said Raymond P. Vara Jr., President and CEO, Hawai‘i Pacific Health.

It’s not what you give, but what you do that matters. “Ahuwale ka po‘okela i kau hana ia ha‘i.” It is through the way you serve others that your greatness is felt, is a saying that serves as the HEMIC Foundation’s guiding light. 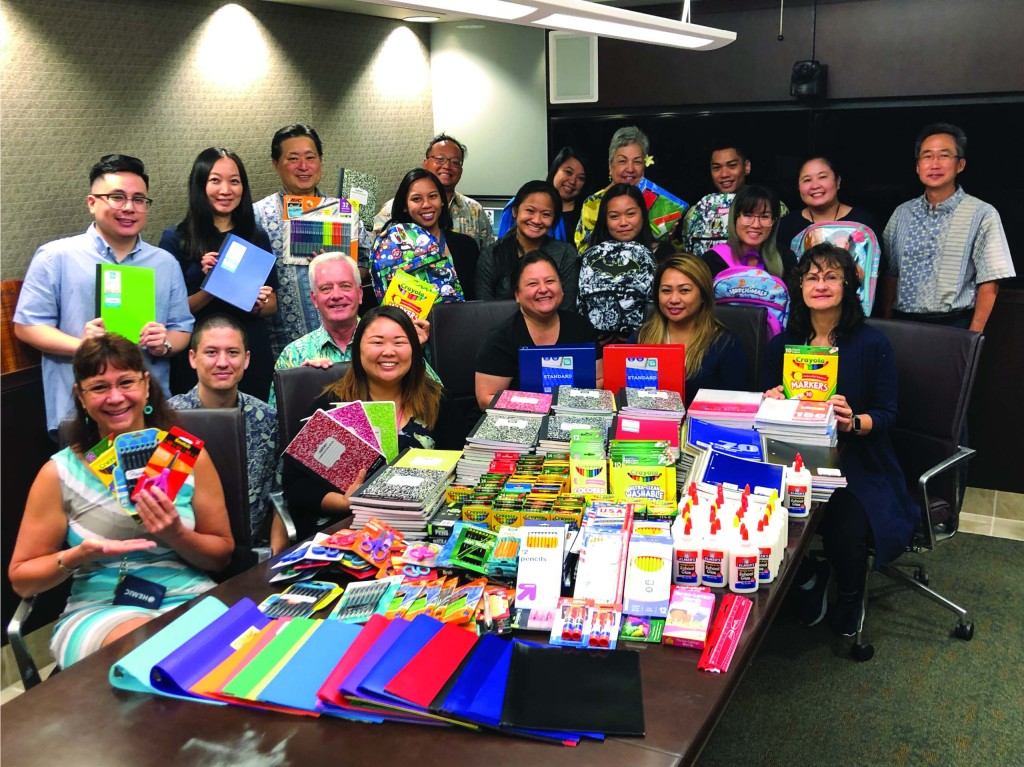 HEMIC is the state’s largest workers’ compensation insurer, taking care of over 6,000 businesses and 75,000 workers across the Hawaiian Islands, and the Foundation believes it is their kuleana to support organizations that take care of the local community, especially families and children. It also strives to make a difference for organizations that are meaningful to their employees.

The Foundation has extended a helping hand—and a lot of sole—to Helping Hands Hawai‘i by helping to film their “Rubber Slippers” commercial. Afterwards, employees donated 1,800 pairs of new rubber slippers to the organization.

In addition, the HEMIC Foundation also supports national and international organizations such as the Convoy of Hope, Humane Society of the United States, Samaritan’s Purse, and St. Jude Children’s Research Hospital.

Over the past 20 years, the Hawaii Medical Service Association (HMSA) has generously supported community health programs throughout the islands, while looking towards the future by investing in practitioner education.

HMSA has also been a strong supporter of medical and health programs at the University of Hawai‘i, giving more than $12.5 million to UH programs over the past two decades. A $5 million gift to the John A. Burns School of Medicine had an immediate impact on Hawai’i’s future doctors at a time when the state is facing a critical shortage of physicians.

HMSA has also been a generous partner of Waikiki Health’s programs over the years, with more than $1 million in gifts and grants awarded. The largest gift was a grant for $800,000 that allowed expansion of the Pu‘uhonua Prison Program that has assisted thousands of offenders on O‘ahu before and after their release from incarceration by providing services and encouragement.

In Hawai’i, one would be hard pressed to find a nonprofit professional or business leader who did not recognize the name John Henry Felix. 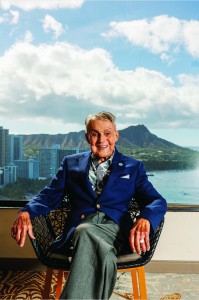 Felix is Chair Emeritus of the American Red Cross (Hawai‘i Chapter) and has dedicated well over eight decades of service to the humanitarian organization. And at 92, he says he has no plans to retire.

His humanitarian contributions range from international diplomacy to academia, and most notably, fundraising for nonprofit and humanitarian causes worldwide.

Felix was the first baby to be born in St. Francis Hospital, and says he was influenced by the saint’s philosophy, “In giving, we receive.” He started out as a shoeshine boy on Bethel Street in Honolulu, and diving for coins at Pier 10 to pay for his Boy Scout uniform.

Felix has held a special place in his heart for the care of orphaned refugees. In Vietnam and throughout Asia, he set up facilities for the orphans, personally caring for and consoling them.

In his career responding to international conflicts and disasters, Felix has crisscrossed the globe. From Kalaupapa to Mozambique, he has served those in need, whether they are suffering from famine in Africa, or are amputees in Cambodia learning to run their new prosthetics factory. He was also instrumental in the establishment of the Tongan Red Cross earlier this year.

He says he is fond of the maxim “When has one given enough? When they have nothing more to give,” and has lived his life accordingly.

Kerri Van Duyne didn’t set out to be a fundraising professional. But early in her career, when offered the job, she soon found her niche. 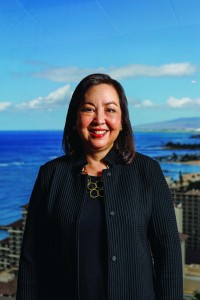 Now, Van Duyne is the Vice President of Development of the YMCA of Honolulu. Since 2011, her

fundraising efforts have resulted in securing millions of dollars for large capital campaigns which has allowed the organization to flourish.

Even throughout the pandemic, Van Duyne and her team of 500+ volunteers led fundraising efforts across its nine branches raising over $1 million.

“It never feels like an ask. It feels like I’m partnering people who have the means with others who need the help,” she says. “And when you put that together, it makes everyone happy. The best part about soliciting funds is seeing the results.”

Van Duyne has an innate understanding of Hawai‘i’s unique culture, coupled with a keen sense of community needs, allowing her to successfully fundraise for some of the most well-regarded organizations in the state. This year, she has secured $8.4 million in government grants alone.

“When you see someone who couldn’t afford to be able to go to college… finding a solution is really rewarding.”

Someone once told Mary Cooke, “You can be upset about historic property that’s been neglected, but what are you going to do about it?”

Cooke not only did something about it, she and her husband, Sam, went on to help finance and support the preservation of the Charles Montague Cooke historic property in Mānoa Valley which includes Kūka‘ō ‘ō Heiau. 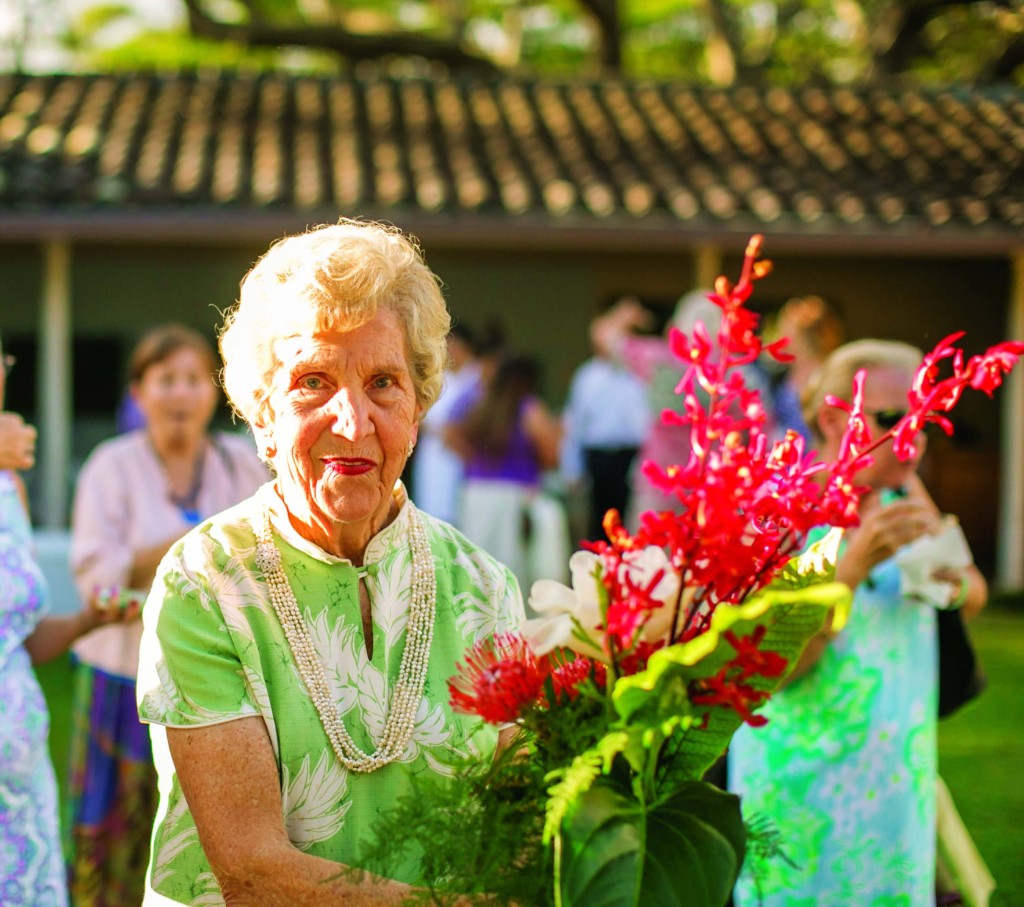 Photo: courtesy of the Cooke family

“She loved old buildings, and she found her – role in the community,” said Jessica Welch, Executive Director, Mānoa Heritage Center. “She had laser-like focus and was completely hands-on. It’s rare to find people with vison and also so concerned about details.”

Mānoa Heritage Center serves as a 3.5-acre living classroom dedicated to promoting the understanding of Hawai‘i’s natural and cultural heritage. Kūka‘ō ‘ō Heiau is the last of 14 intact agricultural heiaus in the ahupua‘a of Waikīkī, and one of the few traditional Hawaiian structures that still exists in Honolulu’s urban landscape.

In her own words, Cooke said, “Historic preservation has been an underlying interest all my life. And environment is certainly one of my passions…philanthropy is giving; conservation is giving back to try to save…there’s nothing that makes you feel better than to be able to give of yourself to something you think is going to make a difference.”

The Kūki’o Community Fund’s long history of investing in education has made a big impact on Hawai‘i Island students — in school and in life — by providing scholarships, developing educational partnerships, and supporting learning grants for educational programs island-wide.

These programs primarily seek out those who are least likely to attend college due to financial, academic and other barriers.

“To say that the Kūki‘o Fund has been instrumental in bettering the lives of our students would be an understatement,” said Rachel Solemsaas, Ed.D, Chancellor, Hawai‘i Community College, Hilo. “Since our first cohort in 2015, the Kūki‘o Fund has enabled 163 non-college-bound students to attend college.” 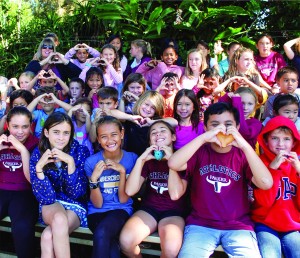 By partnering with Hawai’i Community Foundation’s Career Connected Learning program, Kūki‘o is also helping to broaden opportunities for Hawai‘i Island students to find fulfilling careers in their home communities that pay a living wage, and creates a stronger pipeline of homegrown qualified talent for Hawai‘i Island businesses that often struggle to fill STEM-related positions and have to hire from off-island.