Architects are currently dreaming up designs for the tower of classrooms that will become Hawaii’s first vertical school. It will occupy part of a 10-story, 2.5-acre development on Pohukaina Street that will include stores and mixed-income rental apartments. It will be unlike all the other Hawaii schools that are sprawling one- and two-story buildings usually set apart from the surrounding communities.

At 690 Pohukaina, state Department of Education officials and developers envision an innovative elementary school and community gathering space fronting the newly renovated Mother Waldron Park. They say the project will address the need for a neighborhood public school while helping Kakaako become an urban community in which residents can live, work, learn and play.

“Just imagine a family living in the Kakaako area, and particularly in our future rental community, who will be able to drop their kids off at school and walk or bike to work in the nearby urban core,” says Jon Wallenstrom of Alakai Development, the firm partnering with the DOE to build the project. “It will provide the people of Honolulu with a marvelous lifestyle.”

The school’s projected price tag is $40 million, partially funded by a $16 million appropriation by the state Legislature for planning, design and initial building costs. Construction is scheduled to begin in 2019. The site is being designed by WRNS Studio in collaboration with Ben Woo Architects.

The school is expected to serve up to 1,000 students in kindergarten through grade five, according to Cayenne Pea, a principal with Alakai Development who oversees finance and operations. 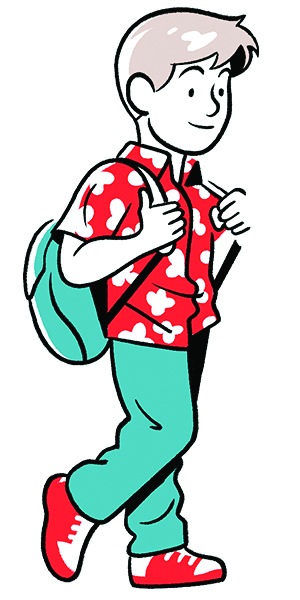 “Things are constantly changing and evolving with this, of course,” Pea says. “Right now, in the renderings that we do have, we are showing the school going up to 10 floors, but that will be vetted during the design process. Nothing is set in stone yet. One thing we do know is it’s not going to be the typical model of just classrooms and a hallway. We are looking at multiuse, communal areas that can be used for studying and music, and we’re thinking about how the way the students get from class to class will be different.”

Early renderings depict a sleek, modern high-rise with a rooftop garden and two-story communal areas that tie together the building’s different levels. The school will also incorporate sustainable energy initiatives, although no specifics have been decided, Pea says.

“What I really like about this project is that it’s chipping away at the housing shortage, but it’s also creating a new community where people can live, play and learn all in the same space. I really think this could be a model that we could replicate elsewhere throughout the state. That’s why we’re really trying to be thoughtful so that we can incorporate best practices of vertical schools on the Mainland and so that we can try to anticipate any concerns parents and teachers will have so that we can incorporate solutions as part of our design process. We’re doing a lot of listening.”

At the UH Community Design Center, architect Cathi Ho Shar led a research project with School of Architecture assistant professor Karla Sierralta and three graduate students. The project was a collaboration with the DOE and the participants spent five weeks this summer unpacking the ins and outs of vertical-school architecture. Their findings have been shared with architects hired to help design the school and Sierralta says she hopes their planning principles will spark discussion among the architects, and perhaps become a framework for the school’s design.

“The first thing we asked ourselves was, ‘What does it really mean to go vertical?'” says Sierralta. “We looked at examples of suburbs transforming into places with high-rise buildings. We looked at vertical farms. I think it’s a world phenomenon – people are looking at how they can be more efficient and more compact and more sustainable by going vertical. For us, looking at a vertical school in Hawaii, this is a whole new typography that we’ve never really considered.”

But the team also discovered you can blur the lines between the indoor and outdoor worlds with large windows, terraces, lanai and rooftop playgrounds.

‘We also thought a lot about how the students would move up and down the building,” Sierralta says. “These are children, and they have so much energy. Could they potentially hike the building? That would be so much fun. How can we create a more playful vertical circulation?”

The team also explored how Hawaii’s first vertical school might become an important urban component for the greater city. What does the school look like from vantage points across the city? Can the building be an icon? They thought of ways the school building can benefit other residents after school hours or on weekends, such as a host for community theatre or a farmers market. 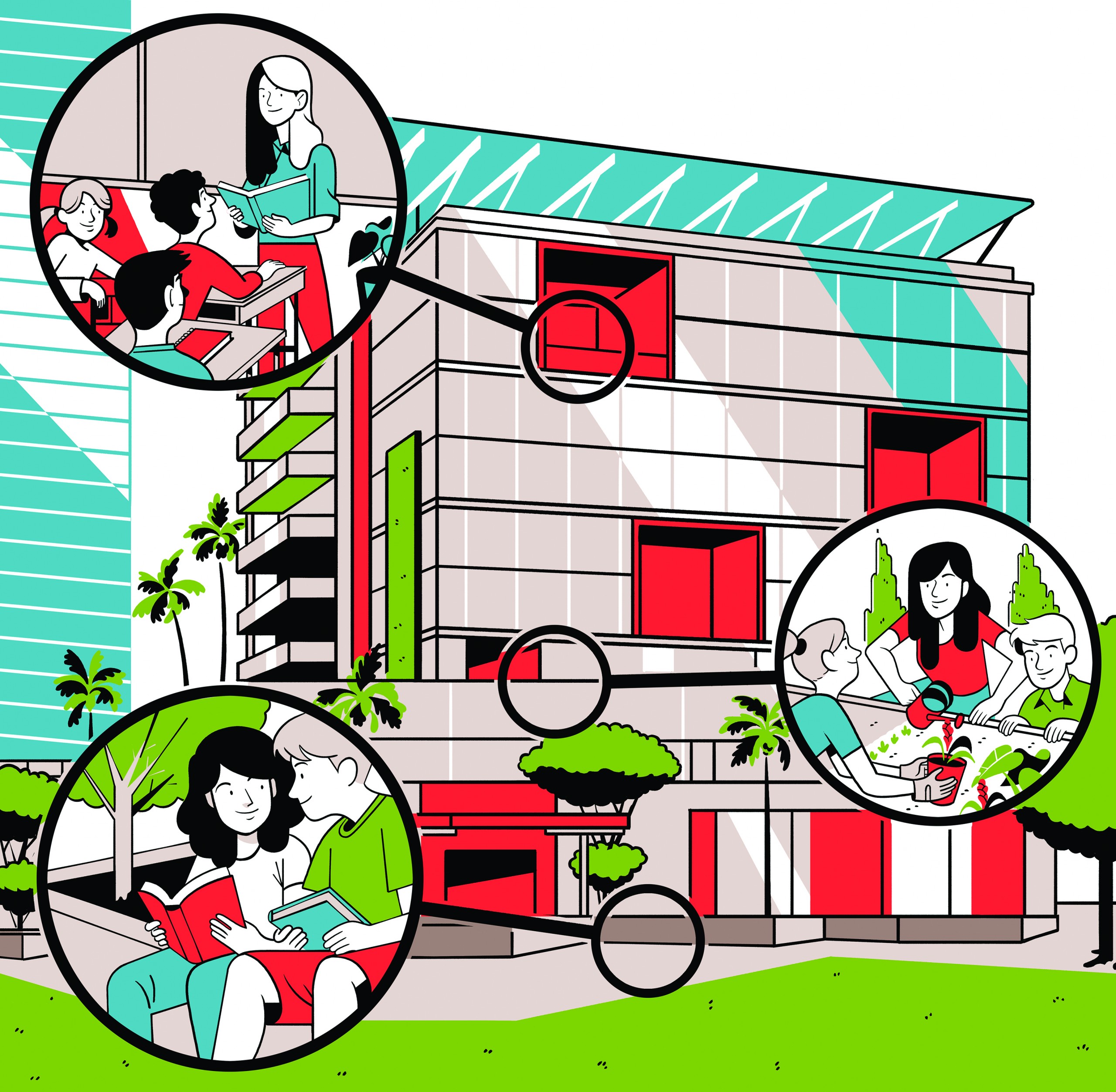 “Kakaako is projected to be one of the densest places in Honolulu by 2030, and that’s why we think the school has to become more than a school – it should be a center for the entire community,” Sierralta says. “We’re thinking of how vibrant that park the school faces will become when it gets surrounded with high-rises full of people living and working and learning and eating there. We’re thinking about how can we leverage that we live in Hawaii? How can we distribute play spaces on all levels, on all floors? How can we move children through the building by sight and touch? Maybe at certain points they not only see, but feel the rain. How can we encourage more interactions between the children and their relationship with nature and the aina that is so important to the culture?”

A 1914 design plan for the Pohukaina Street site uncovered by the research team shows the property previously hosted a school surrounded by homes. In a way, the redevelopment project will bring the site back in line with its historic use, Sierralta says.

“We see Kakaako as this industrial district, but at one point it was historically residential and that was really interesting to find out. Now that we know this, it makes a lot of sense that the site would become residential again, and a school would become the center of it.” 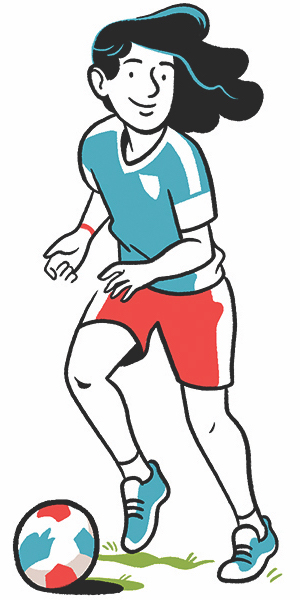 Ma Ry Kim, a principal and design director at G70 International, is not involved in the Kakaako vertical school project. But she has spent a lot of time thinking about the design concept.

Kim, who grew up in Hawaii and graduated from Kailua High School, says one of her greatest passions is designing schools, and part of that has to do with being a mother of five children who have been diagnosed with dyslexia. During her 20-plus-year career, she has designed more than 200 schools in Europe, Asia and the United States. Although Hawaii is home again, Kim’s children were born and raised in England, where some attended vertical schools while she worked as a design director and partner at Gensler Europe. She has been recognized for multiple award-winning design concepts worldwide and is currently designing five schools in Hawaii and Japan.

The goal in designing a vertical school, Kim says, lies in creating a vertical circulation that allows people to move from floor to floor without feeling disconnected from the levels above and below, or the world beyond the windows. Otherwise, students on each level might as well be on different campuses.

You can overcome this challenge, Kim says, by incorporating two-story meeting caves and portals for spontaneous learning that can be accessed from multiple stories, or building a stairwell that can double as an auditorium or even an impromptu classroom space.

“A stairwell doesn’t have to be only a mechanism for getting from floor to floor. When there are cubbies and learning caves along the stairwell, it becomes a vehicle for spontaneous learning. When there is a hanging sculpture in the stairwell that’s four stories high, it becomes a way of making the school feel like one cohesive community, rather than a bunch of separate layers. 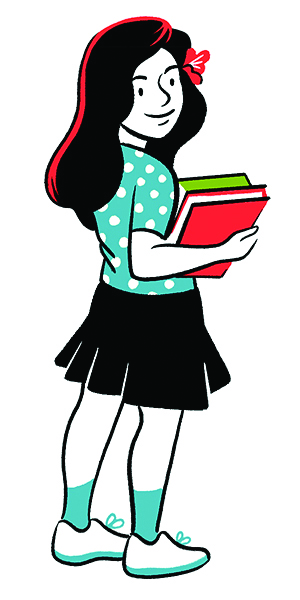 “A staircase can even become a theater or a classroom when the landing is repurposed as a stage and the stairs become bleacher seating. Maybe at recess time, the students are using the stairwell to move in and out of the building, but at a different time of day, it’s a gathering place for learning or entertainment,” Kim says.

She learned another benefit of vertical schools when her son attended a six-story school in London and watched in wonder from different stories as a building grew on a nearby construction site over several weeks. When viewing the cranes and steel beams from the school’s upper stories, Kim says, her son enjoyed a fascinating bird’s-eye view. When he looked out from a lower level, his entire perspective shifted.

“If you have a vertical school and you have an amazing tree growing outside, the cool thing is that a child can appreciate the roots of that tree from the first floor and another child can appreciate the canopy from the fifth floor,” Kim says. “We as humans normally exist on the ground, but a vertical environment allows children to experience what’s happening in the world around them from the fifth level, and the seventh level, and the ground level, and they learn that when you change your perspective, everything changes. That’s a valuable teaching.”

One challenge for any school is security – making sure students are secure inside and the public has only controlled access. Once this is achieved, Kim says, there are a lot of advantages to placing children in a learning environment right in the center of their community.

This article appears in the September 2017 issue of Hawaii Business Magazine.
Categories: Education