The parenting classes can be especially helpful for fathers recovering from addiction or coming out of prison.

While working at the Aloha House residential treatment center in Makawao, Maui, David “Kawika” Mattos realized a lot of the men did not have the skills or insight to nurture their own children, especially if they were coming out of prison or addiction.

“Helping everyone consider the needs of our children and raising them in the healthiest, loving, nurturing and supportive ways is really my passion,” Kawika says.

Kāne Connections is a program that began on Maui and Moloka‘i in 2005 to serve men, focusing especially on fathers with children ages 3 to 5. However, when Kawika began facilitating the program, he broadened the focus to all fathers.

Kāne Connections invites all “male caregivers” to learn parenting and deal with other issues that men face. Participants would join in-person group meetings and one-to-one sessions with Kawika before the pandemic, but they now meet by video calls. 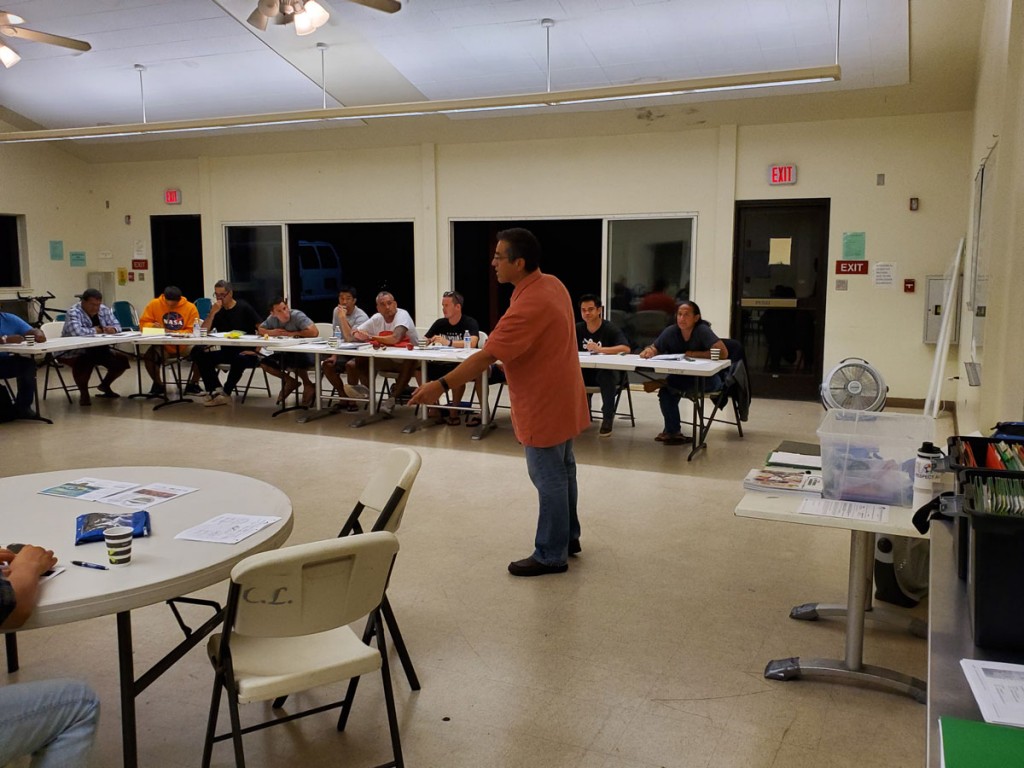 Samuel Holi, 54, has been a weekly participant for the last five years. He had previously struggled with substance abuse and was incarcerated repeatedly.

“My last incarceration, I was looking at an open 10 years,” he says, “but I had a bargain to go to treatment and receive a lesser sentence.”

Holi started that journey at the Aloha House and then joined Kāne Connections after meeting Kawika. Holi has six children and was often absent in theirs and his grandchildren’s lives and didn’t form deep relationships with them.

“I’ve been clean five years, six months and 14 days today,” he said on a Saturday in mid-September.

Holi says Kāne Connections showed him how to approach his family issues, and he is now closer to his family than ever. He learned new ways to speak to his children, which significantly improved his relationships with them.

Kawika says the program is expanding because of funding from the federal Native Hawaiian Education program and OHA. “We now have hired three more full-time staff to provide more weekly men’s groups and parenting classes,” he says.

“It’s an exciting time for the program, especially since I’ve been doing this by myself for three years,” he says.

Donations to Kāne Connections can be made through the Maui Family Support Services website, mfss.org, or by mail to the main MFSS office at 1844 Wili Pa Loop, Wailuku, HI 96793.

This article appears in the February 2022 issue of Hawaii Business Magazine.
Categories: Nonprofit with a Mission, Nonprofits

This Nonprofit Has Empowered Hawaiian Families for 25 Years

Horses are Healers at this Kaua‘i Nonprofit