Surveys of business leaders and the general public ask about your future actions, diversity at your workplace and who uses which social medium.

The research division of the Anthology Marketing Group conducted two statewide polls for Hawaii Business Magazine in October and November 2020:

Here’s some of what we learned. (Other results were published in the December 2020 issue. You can read the methodology for both surveys there.)

How will you act in the future?

Respondents in both surveys were asked how their future behavior would be affected once a vaccine for COVID-19 has become widely available. 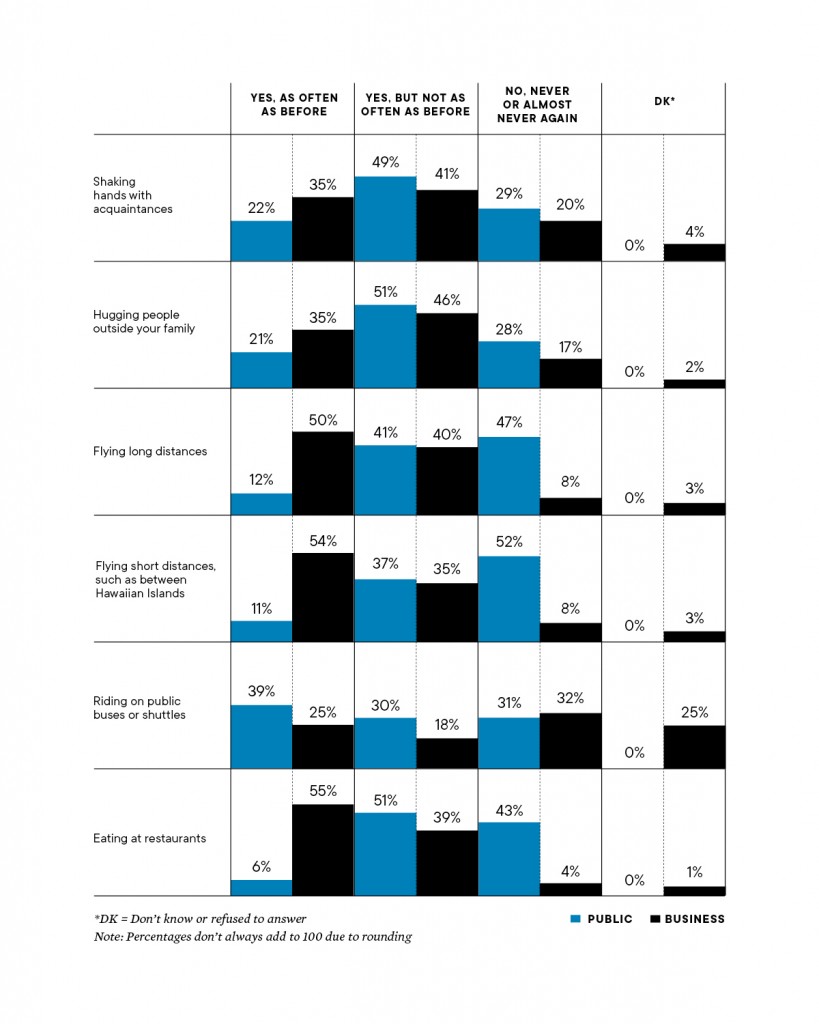 Respondents in both surveys were asked if they felt that racism, implicit bias and/or systemic bias are a problem in Hawai‘i.

Among the general public, there were significant differences by age: For example, 36% of adults under the age of 35 view racism as a major problem in Hawai‘i; just 14% of seniors share that belief. 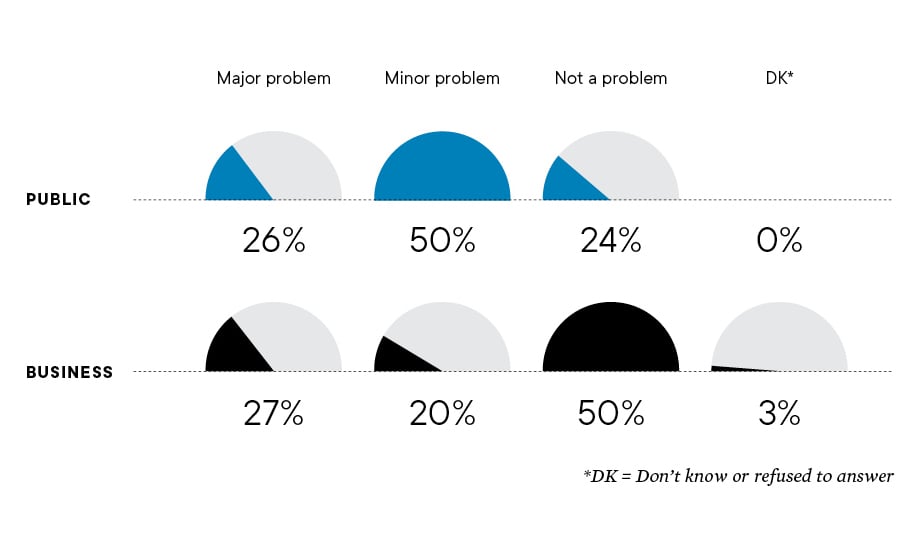 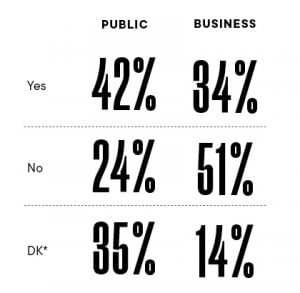 Business leaders and those members of the general public who are currently employed (322 of the 502 respondents) were asked if the company that employs them has a diversity and inclusion policy that focuses on hiring and promotions.

Those respondents whose employers currently have diversity and inclusion policies were asked if they think it has had any noticeable impact on their workplaces over the last two years.

Which Social Media Do You Use?

In the 808 Poll of the general public, 99% of the respondents said they had access to the internet. These people were asked which social media they logged onto at least four times a week.