Here’s who they are and what they contribute to the local economy.

Immigrants have an outsized place in Hawaii’s history. In the 19th and early 20th centuries they came from Japan, China, Puerto Rico and the Portuguese Azores and sustained the labor-intensive sugar and pineapple industries that dominated the state until a generation ago, creating a distinctive plantation culture with its own food and even its own dialect.

But they didn’t stop coming when the plantations shut down. More likely now to come from the Philippines, South Korea or Vietnam, immigrants still power our largest industries, filling 46 percent of jobs in “tourism accommodation, arrangements and reservation services,” and 37 percent of jobs involving crop production, according to New American Economy, a national coalition of business and political leaders dedicated to immigration reform.

Immigrants have significant roles in our burgeoning STEM sector and in our world-famous food scene, comprising 46 percent of cooks in Hawaii and 45 percent of bakers, reports the U.S. Bureau of Labor Statistics. Immigrants teach our students, clean our facilities, and they employ many of us, too. In the United States as a whole, immigrants were more than twice as likely as the native-born to start new businesses in 2015, and have founded 51 percent of startups worth $1 billion or more, according to New American Economy.

Today, 1 in 5 of us living in Hawaii is a first-generation immigrant – and the rest are descended from people who came from somewhere else. Immigrants are everywhere, but most of the time, Hawaii’s immigrants fly under the radar. The ones who have “made it” are often those who have invested the most into the American dream and they can seem, in their outlook, more American than the native-born.

But lately, immigrants as a group have also been much in the news. With changing national policies and an increasingly heated debate around the benefits and costs of immigration, we thought it was time to look at the part immigrants play in Hawaii’s economy and community. Here’s a snapshot of Hawaii’s immigrants today, made up of numbers – and even more importantly, of people.

First-generation immigrants earn slightly less on average than the average American worker and cost state and local governments more – between $450 and $3,000 more per year, according to a study conducted by the National Academies of Science (NAS) in 2017. However, NAS concluded that those increased costs are nearly all because immigrants have more children than native-born Americans – 0.52 dependent children per each immigrant adult on average vs. 0.36 per native-born adult. They simply use the public education system more than most other Americans. Another study by the Urban Institute finds similar results.

The Urban Institute also notes those immigrant children eventually generate benefits and tax revenues that are spread throughout society “to those with and without children.” The NAS study found the children

What about the economic impact of immigrants in Hawaii? There is less state by state information than national information, but one study published by WalletHub, a financial services site, measured immigrant impact on each state using four factors. When all four factors are added up, Hawaii ranks 10th in the nation for overall economic benefit from immigrants.

Here is how Hawaii ranks using each of WalletHub’s four factors:

Brain gain/innovation, No. 38: We come out on the lower end in this category, with no Fortune 500 companies based in the state and many of our immigrants working in agriculture or tourism.

Immigrants’ socioeconomic contribution, No. 2: Hawaii stands out in the category that measures income generated by immigrant households, rates of homeownership and income from second-generation immigrant households. Hawaii’s recent immigrants and their children are integrated into the social and economic life of our islands in a way unmatched by any state except California. 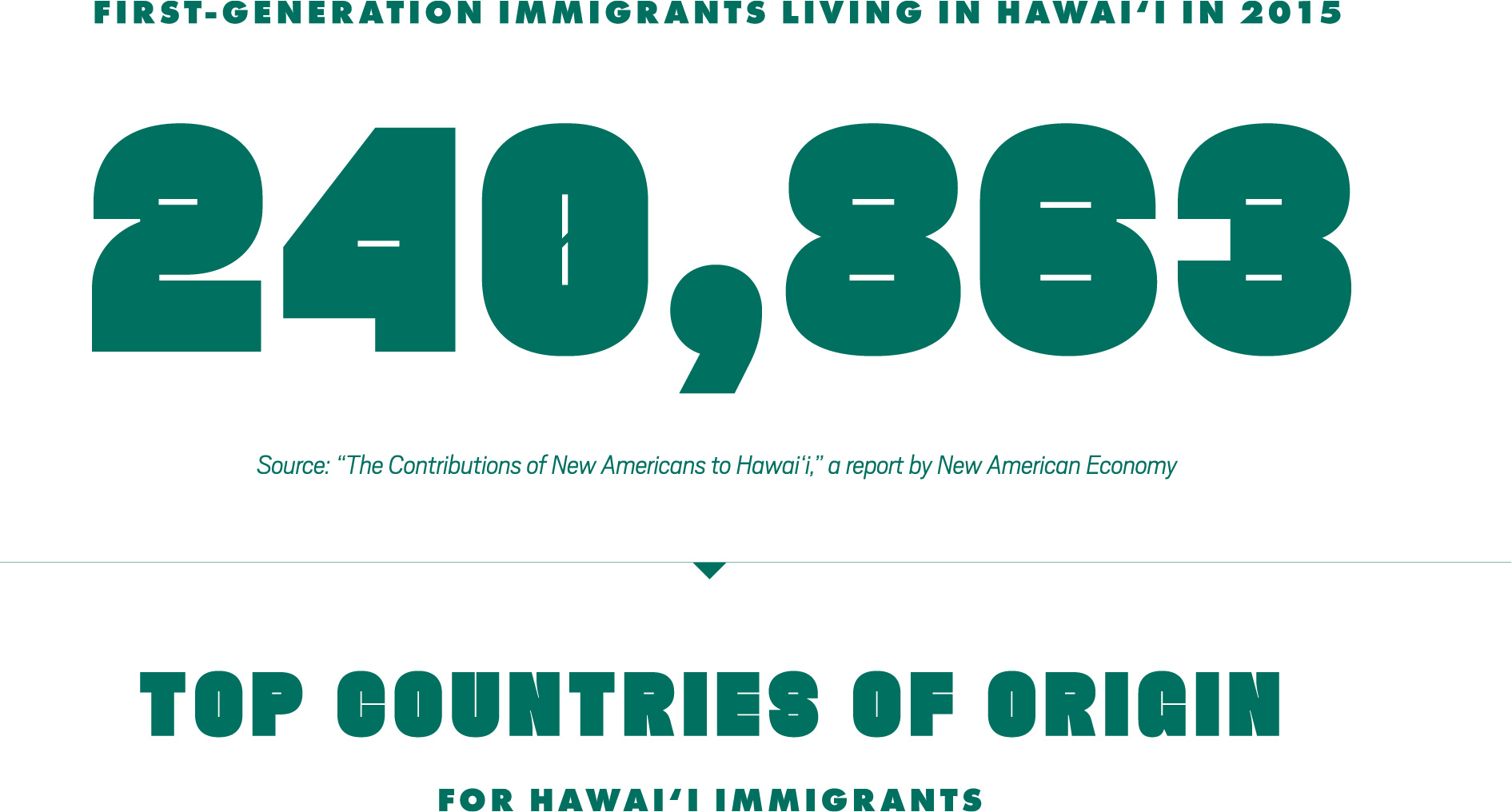 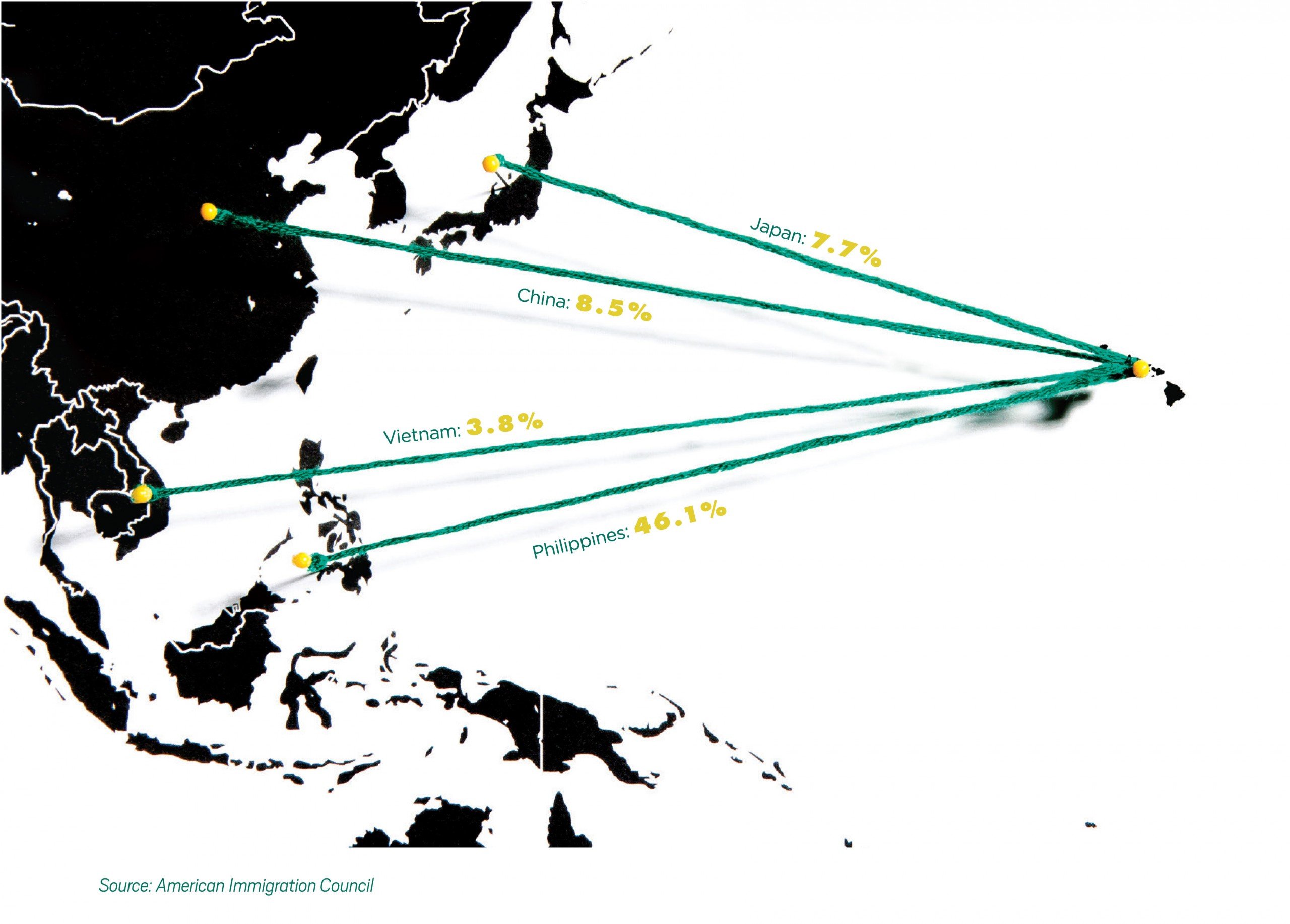 Honolulu immigration lawyer Maile Hirota says every immigrant comes with a unique story: “Everybody has their own reasons for moving here. For a lot of people, it’s the American dream, it’s to start a better life. For some, it’s to have a safe life. For others, it’s education, or their children’s education, so their children can have opportunities they didn’t have in their home countries.”

When asked what immigrants contribute to the United States, she mentions diversity, hard work, energy and fresh ideas well before she mentions tax contributions.

Here are the stories of five immigrants who have brought those qualities, and more, to Hawaii.