It’s not easy juggling two jobs, let alone personal time and families at home. While considered part-time, many lawmakers say their elected positions are really full-time – and sometimes more than full-time. During the session, their work often stretches into the nights. Out of session, legislators still meet with constituents and community groups, conduct site visits and follow up on issues. Legislators balance their multiple roles by working flexible schedules, having cooperative bosses and co-workers, or making sacrifices. 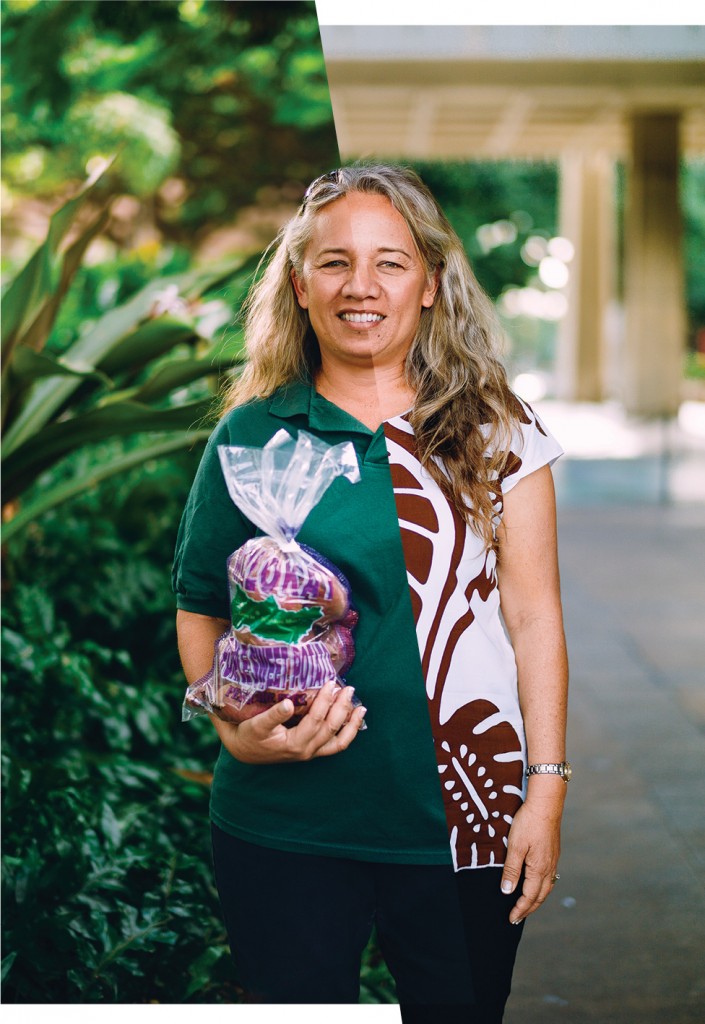 One of the businesses that Rep. Lynn DeCoite co-owns is a Molokai farm that grows purple sweet potatoes.

Oahu lawmakers Harimoto and Rep. Calvin Say are their own bosses, so they set their schedules. As executive director of the Pearl City Foundation, Harimoto’s administrative work can mostly be done at any time and from anywhere, but he’ll reserve tasks that need to be done at the foundation’s Momilani Community Center for weekends or evenings. Say, president of Kotake Shokai Ltd., does work for his import business Monday through Saturday. During the session, he’ll spend about three hours at his business each day.

Bosses need to be accommodating to employees who are lawmakers, says Sen. Will Espero. “My guess is if you were an employer, you have to be able to let them go to the Legislature from January to May, so that’s four months, and I don’t know whether employers will want that or not. Some do hire lawmakers. But for a while I was looking for a job, and I couldn’t find one, or nobody would hire me,” he says, until he got a job doing community relations at D.R. Horton that lasted for about two years. It takes coordination, proper planning and a lot of communication to balance two roles, he adds.

“My guess is if you were an employer, you have to be able to let them (lawmakers) go to the Legislature from January to May, so that’s four months, and I don’t know whether employers will want that or not. Obviously some do hire lawmakers. But for a while I was looking for a job and I couldn’t find one, or nobody would hire me.”
―Sen. Will Espero

LoPresti says his dean and provost at HPU are supportive of his work outside academia. When the Legislature is in session, LoPresti teaches half time and pays back part of his salary to make room for his lawmaking job. That means he’ll only teach one online class during the spring semester, compared to four on-campus classes in the fall.

For some Neighbor Island legislators, balancing multiple jobs is a bigger challenge because they have to consider travel time to and from Oahu. For four months out of the year, Green spends the week at the Capitol and then flies to Kona for the weekend. He’ll see his family and then head into the ER for his 48-hour shift. On Monday morning, he returns to the Capitol and starts the process again. His only time off is the one weekend a month he reserves to spend with his wife and children.

Green says he has a heartfelt sadness about occasionally missing things as his children get older, but the reward is seeing a real problem become a potential solution at the Capitol.

Rep. Lynn DeCoite, who co-owns three businesses on Molokai, says having multiple roles means learning to set aside time for family. The challenge for her is that her district encompasses Maui, Molokai and Lanai, so she’s constantly traveling between them and Oahu.

“It’s very challenging because whether you are at an event or in public, it’s ‘By the way, Rep. DeCoite, I have an issue.’ And I had to at some point say, ‘Can you please make an appointment? Right now I’m with my family.’ Because sometimes I’m away from them for days at times, or weeks, and when I come home it’s just a matter of like trying to ground myself back where I left off,” she says.