During this session, independent filmmaker Edgy Lee and Hawaii Business Magazine Publisher Cheryl Oncea sit down to talk about the remarkable accomplishments of women in Hawaii’s history. 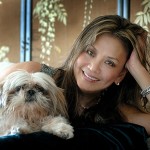 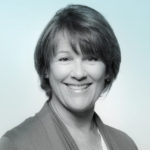 Cheryl Oncea is Publisher of Hawaii Business magazine and in this role oversees sales, marketing, digital, design, content and events including Leadership Conference, Top 250 Black Book, and Wahine Forum.   Cheryl has spent most of her life – and her entire career – in Hawaii and has extensive media management experience in Honolulu . She has held leadership roles at KSSK, KHON, KGMB, Pacific Business News and was most recently Director of Sales at Hawaii News Now and Vice President of Advancement at PBS Hawai’i.   She is a mentor with Center for Tomorrow’s Leaders and serves on the board of the American Lung Association in Hawaii and the Patsy T. Mink Center for Business and Leadership.