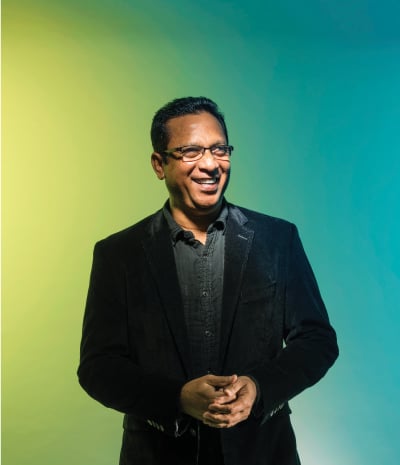 Blind Vendors Ohana approached Francis Tulu and CompuTant in 2007 with a challenge: It needed point-of-sale systems that didn’t require a user to read a screen or see what product was being purchased. Tulu and his company found a solution, which is not surprising, because the company has always been focused on finding individual solutions for its customers.

Tulu founded CompuTant with his wife, Masago Asai, in 1987 as an accounting software consulting firm. As technology advanced, they added hardware. Through a partnership with NCR, CompuTant then began selling POS systems to Hawaii businesses.

What makes CompuTant successful? Tulu says his team doesn’t just sell a product, they customize a service to fit the client’s needs.

A vineyard in New York hired CompuTant because the company was willing to develop a system that would track all the sales, preferences and shipments of wine to the vineyard’s wine club. If the system works, Tulu says, there is a line of vineyards waiting to purchase something similar.

“I don’t think I’ve ever worked for a company that has been so willing to look into more things,” says Stan Emoto, CompuTant’s director of sales. “A lot of times when you go into a selling situation you have a finite way of selling … but, in this scenario, we have more freedom to do a lot more for the customer.”

So when Blind Vendors Ohana approached CompuTant in 2007, Tulu was game. He hired a programmer specifically for the job, then kept that person permanently.

The resulting software is called voice-out point-of-sale system for visually impaired people. When an item is scanned, speakers connected to the POS tell the user what the item is and how much it costs. It narrates the entire transaction. That system is now used by Blind Vendors Ohana in over a dozen concession stands throughout Honolulu Airport and several other locations.

“It’s always been our goal to have a little business and support the small businesses in Hawaii,” Tulu says. “We started doing that 30 years ago, we’re still doing that now and we will continue to do that.”