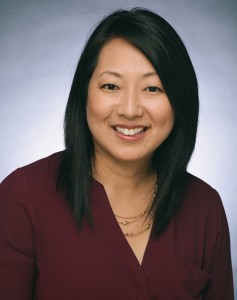 She gets the job done. That’s the personal brand that Ann Teranishi has created at American Savings Bank, where she has been tackling projects, inspiring colleagues and making a difference for over 10 years.

“She has the ability to take on the messy stuff that scares off some people, and bring clarity and order in a relatively short period of time,” says Richard Wacker, ASB’s president and CEO.

Teranishi’s first mind-bending task came when she joined the bank in 2007 as director of regulatory compliance. “We were facing some challenges,” Wacker says, adding that compliance was a small team embedded within the legal division, with few resources or systems in place.

Working with federal regulators, ASB’s executive management team and its board of directors, Teranishi crafted an independent, centralized compliance team, which now provides strategic advice to the company.

That success put her on the map at ASB. So when the important task of dramatically boosting lending was identified in 2011, Teranishi was promoted and handed that role.

“I felt like a fish out of water,” says Teranishi. “This task was vastly disparate from my prior experiences.”

Her effort to boost lending was multipronged, involving marketing, promotions and sales. But the linchpin came in expediting approval time for loans, which was about seven weeks when she took over. “Customers could get similar rates down the street,” she says. “So I knew the differentiator was the speed and smoothness with which we provided our services.”

To advance this goal, Teranishi brought certain functions in-house. She also revamped the compensation structure, which was based on individual performance rather than team achievements. This improved morale and helped employees work more cohesively. The time to get loans approved is now four to five weeks, even as short as three for uncomplicated “clean” loans, she says.

“She has the critical thinking skills that can transfer from one project to the next,” Wacker says. “But above all, she has the ability to inspire people.”

Teranishi’s knack for rallying the troops compelled Wacker to appoint her as SVP of consumer experience in 2014. “This was a big deal for us, because we are always striving to make banking as easy and convenient as possible,” he notes. “I pulled five superstars from the company and asked Ann to take the leadership role in this group.”