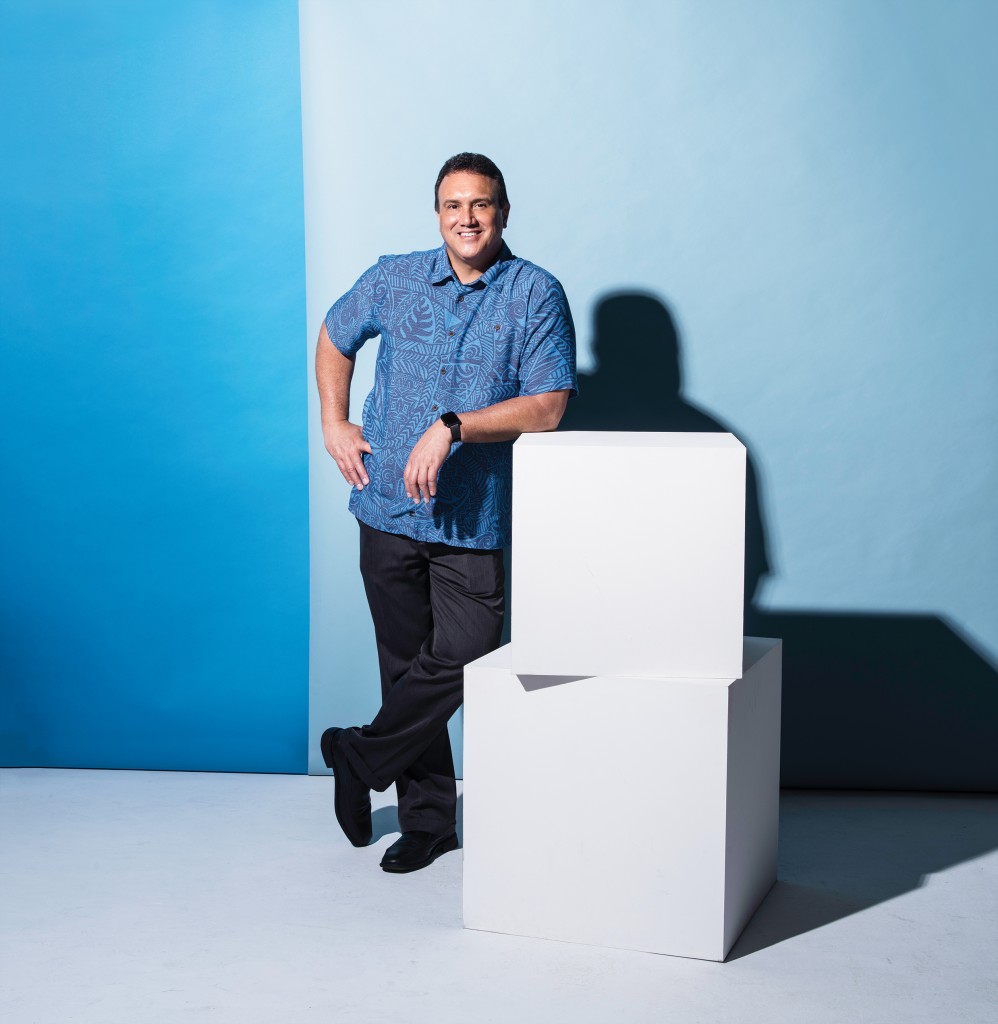 The year was 2004 and Joseph Keaweaimoku Kaholokula had just landed his first job as an assistant professor of Native Hawaiian health at UH’s John A. Burns School of Medicine. His father, a truck driver, had seen him get his doctorate and beamed proudly at the son who was the first in the family to go to college.

Two weeks after Kaholokula landed that job, his father had a massive heart attack at work and died at the age of 63, the last of 11 children in a Hawaiian family who had all succumbed to cancer or heart disease, many in their 40s and 50s.

The death affected Kaholokula deeply and he altered his research focus. Today, as chair of Native Hawaiian Health at JABSOM, his groundbreaking work demonstrates how cultural practices improve health among Native Hawaiians and Pacific Islanders.

“With the loss of culture come a lot of stressors that impact health,” says Kaholokula. “Culture is such a huge thing for all people. Everyone needs values to call their own as a people, and those are pathways to improve the health of our people.”

He gives one example: A five-year pilot project involving 250 people found that those who participated in a hula-based program “actually improved their blood pressure with a 10-point drop in systolic pressure.”

Hawaiian culture has had a powerful resonance in Kaholokula’s own life. He has danced hula for many years and is involved in the Hale Mua o Kualii (men’s house) movement dedicated to getting Native Hawaiian men more involved in their communities, with their families. It dips into a traditional cultural practice in which older men mentored younger men in how to nurture their families and lead their communities, partially by rekindling traditional Hawaiian fighting arts.

“We have to open our eyes to practices that maybe aren’t in the mainstream, but are relevant to the people who have the greatest needs in our state.”