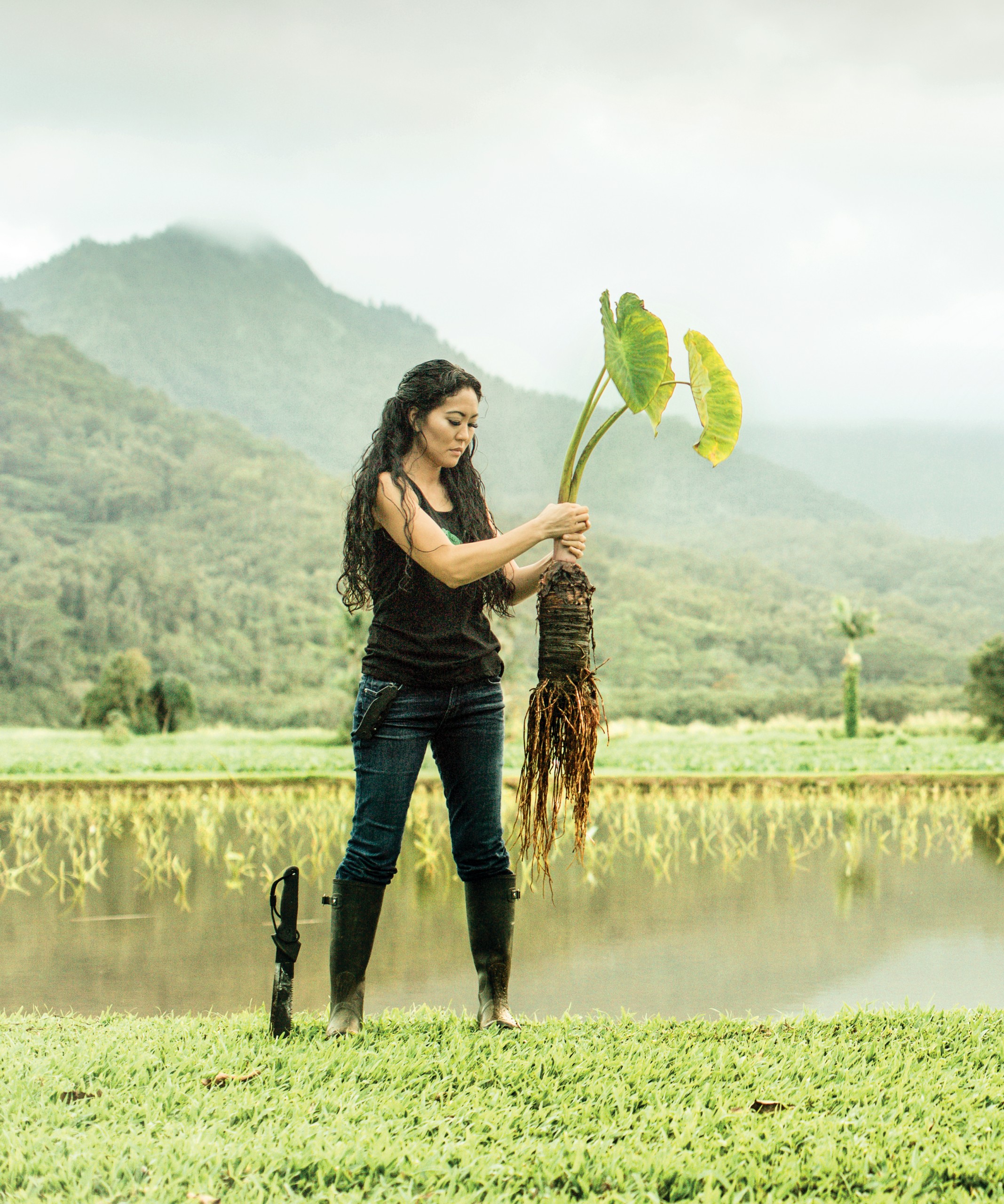 Lyndsey Haraguchi-Nakayama was a toddler when she started helping to harvest 55 acres of wetland taro in Hanalei Valley that have sustained her family for six generations. By age 6, she was learning to drive a tractor. Born into the business of operating the oldest and largest working taro farm in Hawaii, she learned from her father, a lifelong farmer, the necessity of a strong work ethic.

From her mother, a teacher, Haraguchi-Nakayama was taught the value of an education. So she spent eight years away from the loi to earn degrees in tropical horticulture and business, study in France, tour Europe, work in Japan and generally broaden her horizons. In 2005, she returned to Kauai’s north shore to start a family and integrate what she’d learned into the family taro business.

Now she is at the helm of Hanalei Taro & Juice Co., a farm-to-table food truck across the highway from the W.T. Haraguchi Farm, which was named after her grandfather. With a menu that shifts with the seasons, Hanalei Taro serves up traditional taro-based foods, such as poi and kulolo, as well as modern, imaginative fare like taro mochi cake, zesty taro hummus, taro burgers and taro-fruit smoothies. The menu also features authentic Hawaiian dishes, such as laulau, kalua pig and lomi salmon. Ingredients are sourced from the Haraguchi farm and other Kauai ranchers, fishers and growers.

Proceeds from the quaint lunch wagon also support Hoopulapula Haraguchi Rice Mill, a nonprofit formed by Haraguchi-Nakayama’s parents that consists of an agrarian museum, ecotours and education programs. The mill itself is listed on the state and national registers of historic places.

“Hoopulapula means ‘to plant the seedlings of,’ which is the mission of the nonprofit – to preserve the artifacts and history of those who have farmed in the community and in Hawaii for generations,” says Haraguchi-Nakayama. “The mission also includes planting seeds of knowledge of agricultural and environmental awareness in children so that the next generation can appreciate all that their kupuna, elders and ancestors have done and how hard farmers work today.”

Haraguchi-Nakayama is also working toward a doctorate in education and sits on the boards of the Kauai Taro Growers Association and Kauai Christian Academy.

Academy principal Daniel Plunkett describes Haraguchi-Nakayama’s vision and initiative as essential to expanding the school’s student transportation services and interscholastic sports program. She has also been instrumental in the school’s bid to achieve accreditation.

“As far as work ethic, she’s probably one of the strongest people I know,” Plunkett says.