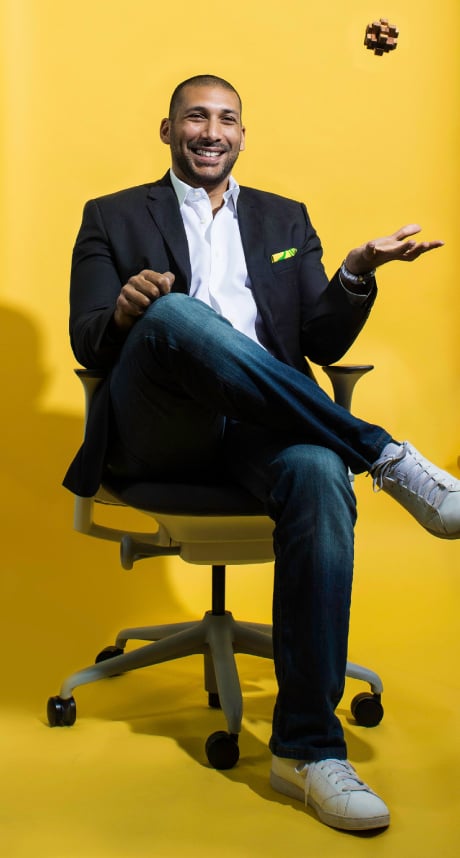 As a New Orleans college student in 2005, Tarik Sultan was on track for a career in medicine or research, like many in his family, when Hurricane Katrina hit. With the city in ruins, he had no idea how to help. “I looked around, and the people making the most impact were those with business backgrounds,” he remembers.

That realization changed his future.

“As a doctor you can help one patient at a time. As a medical researcher you have the opportunity to change the world, but you need knowledge of business to effectuate that, and then perhaps you can impact millions. I realized I needed to get my MBA. And then, when I did the business competition, I fell in love with entrepreneurship and venture capital.”

In a family of high achievers, Sultan grew up knowing he wanted to help people; in Hawaii, where he relocated along with his sister Aya, a physician, and brother, Omar, also a venture capitalist and entrepreneur, he found the way to do that.

Eight years ago, the siblings founded Sultan Ventures, a boutique venture firm dedicated to helping promising startups with advice and investment capital. Since then, Sultan Ventures has nurtured five startup cohorts with 26 successful teams; won many awards; created a national network of partnerships; and joined with UH to oversee XLR8UH as a way to commercialize ideas created by UH faculty and students. Along the way they’ve raised more than $17 million in the Hawaii startup community.

“Tarik is a financial mastermind,” says colleague Melialani James, who heads new ventures for the company. “When you look at really specific skillsets that many startups need, he is that expert who helps companies think creatively and long term around different revenue models.”

To build their national network, Tarik is on the road constantly and made 17 trips to meet with Mainland investors last year alone. “We want to grow a bigger and bigger fund so in time we’re a nationally known fund with tens of millions or hundreds of millions of dollars in our portfolio headquartered in Hawaii but doing work nationally,” he says.